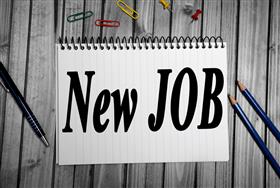 Hull, UK, Feb 18, 2019 -- A life insurance business which plans to double its workforce in the coming months has moved to new offices in the centre of Hull.

Global Life Distribution, which trades as Promis Life, currently employs more than 50 people in the city, and is relocating to the refurbished Worx development on the corner of Beverley Road and Spring Bank.

The move to the Worx, joining a host of other new faces at the city centre business complex, comes as Promis Life aims to employ up to 50 new people in the next six months.

Jiin-Wei Ewe, chief sales officer at Promis Life, said: "We looked at other places in Hull and elsewhere and in the end we moved very quickly. We could see what they had done here with the other businesses which have moved in and that made a big difference.

"We wanted something which is calm, warm and home-like and we have invested in Hull because we have a great sales team and we want them to build careers with us.

"We are going to bring in people who are like-minded and want to achieve the same things as us and we want to double our staff in the next six months on the way to gaining recognition as a leading player in the market."

The move means Worx is now close to capacity, with more than 300 people working in the building.

A major revamp of the building, on Blundell’s Corner, has seen the arrival of safety equipment giant Arco, Springboard children’s nursery and Planet Gym.

Paul White, agency director at Garness Jones chartered surveyors, said of the move: "Promis Life didn’t want just another call centre, and there are signs of innovation throughout the office with breakout space, learning and training areas which are open plan to encourage interaction…

"They provide further evidence of the demand from progressive businesses for a high-quality working environment with facilities which can boost productivity by also promoting relaxation.

"The presence within Worx of a children’s nursery and a gym with an indoor climbing centre coming soon all adds to the appeal and it’s no coincidence that demand has been so high."

Worx owners Allenby Commercial bought the building back in 2016.

Georgia Allenby, design and marketing director, said: "Our vision when we bought the building was to adopt the same imaginative approach that we continue to take at our other sites in and around Hull including The Bloc, The Maltings, Paragon Arcade, Hideout Hotel and Danish Buildings.

"We have transformed the exterior of the building with an ongoing landscaping scheme and we have created stylish, independent entrances to each refurbished office."