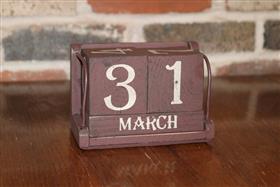 Uddingston, South Lanarkshire, Scotland, January, 2017 -- More than 500 jobs are to go with the closure of a Kwik Fit Insurance office near Glasgow.

Workers at the office in Uddingston, South Lanarkshire, were informed of the decision on Thursday, confirming a plan set out in November.

Company owner Ageas previously said it has been "under pressure'' due to "fundamental'' changes in the way people now buy insurance.

The closure will go ahead after "no alternative options" were received, the firm announced.

Ant Middle, chief executive of Ageas Direct & Partnerships, said: "It's with regret that we have decided to close our Uddingston office and we know our employees will be disappointed with this news.

"However, after talks with third parties, about 40 contact centre-based organisations have expressed strong interest in our workforce, with more than 1,800 relevant role opportunities being identified so far.

"This not only evidences what we already know - that we have capable, skilled and experienced people - but also that there are many good opportunities in the local area.

"We will do all we can to support our people in securing alternative roles."

Insurance provider Ageas UK carried out a 45-day consultation with staff over the closure plans and was working with Scottish Enterprise and North Lanarkshire Council to try to find "third parties who may be able to use the facility and skills available at the site".

Despite interest from others, no workable proposal has come forward, bosses said.

The company said it is now focused on helping employees with their next steps.

Mr Middle added: "I know this has been a difficult and unsettling time for all of our employees and I want to thank each of them for their professionalism throughout the process.

"I hope that the additional services we are providing will prove valuable."

It said in November that the Brexit vote or a potential second Scottish independence referendum were not factors in the decision, which was simply down to changes in the personal insurance market.

Business minister Paul Wheelhouse said he was " very disappointed" by the decision.

"The Scottish Government, our enterprise and skills bodies and North Lanarkshire Council have been working hard with Ageas to look at all possible options to secure the future of the site and its workforce," he said.

"Unfortunately, despite the significant and ongoing efforts of all involved, the company decided that closure could not be avoided.

"A substantial number of companies have already expressed an interest in the employees, which is very encouraging, and I have confirmed that we will work with Ageas to help the individuals affected access new opportunities."

He added that Scottish Enterprise and Scottish Development International will work closely with Ageas to market the fully-fitted contact centre site to investors in the UK and internationally.