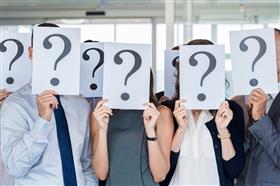 Manila, Philippines, July, 2019 -- The Philippines’ business process outsourcing industry may forego as many as 50,000 new jobs as it risks running out of expansion space after President Rodrigo Duterte banned new economic zones in the capital.

Available space in Metro Manila’s economic zones stands at 126,940 square meters, just above a quarter of the 450,000 square meters of forecast annual demand, the IT and Business Process Association said in a statement.

BPO companies will also have to deal with more expensive rent and lack tax incentives should they relocate outside economic zones, Contact Center Association Chair Benedict Hernandez said in a press briefing.

Both groups are asking Duterte to approve 22 new economic zone applications in Manila that were submitted before the ban was issued in June. More than a hundred applications have also been shelved by the Philippine Economic Zone Authority because of the moratorium.

"If you are a Fortune 1000 company investing in the Philippines for the first time, you will first think about investing in Manila. There is rarely any new investor who will jump into the province," Hernandez said.

There is limited talent available in rural areas to meet rising demand for high-skill BPO work, according to IBPAP. Most of the BPO firms that have expanded to the provinces focus on voice services.

The Philippines accounts for 16% to 18% of the global IT-BPO market, worth an estimated $81 billion to $83 billion.

Duterte’s order barred the acceptance, processing and evaluation of new applications for economic zones in Manila to encourage companies to invest in the countryside.
The share of high-skill jobs at Philippine call centers fell in 2018, CCAP data showed.