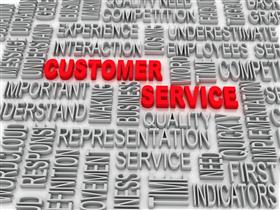 Daejeon, South Korea, Nov. 3, 2020 -- More than half of all employees working at call centers in the central city of Daejeon were found not to be wearing protective masks due to customer complaints.

The Daejeon City Labor Rights Center conducted a survey of 223 call center employees in the Daejeon area, 56 percent of whom did not wear protective masks at work.

As for the reason, a majority of 75 percent received complaints from customers that it was difficult to understand what they were saying with masks on.

Another 22 percent did not wear masks because they felt ‘uncomfortable’. One employee was asked by the company manager not to wear a protective mask.

Based on the survey, the center believed that there were risks of COVID-19 infection among call centers in the area.

A total of 78 percent of the respondents experienced a heavier workload following the expansion of contactless business driven by the ongoing novel coronavirus, resulting in 67 percent of respondents suffering from health problems.

Despite changes in the working environment, a majority of 90 percent received the same wages as in the pre-pandemic era. Only 2 percent of the respondents said their employer had taken appropriate measures to protect workers.