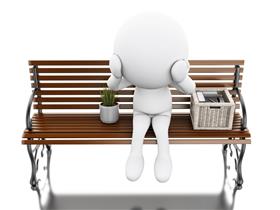 Luton, UK, Oct 10, 2017 -- Staff at TUI’s Luton Customer Contact Centre are facing likely redundancies, with claims they are "numb and upset" over a proposed relocation to Swansea.

The Luton News understands that around 60 staff members at the Wigmore House office were left "shocked" as it has been claimed they were told only a week-and-a-half ago that the Luton-based Customer Contact Centre was part of plans to relocate jobs to Wales.

They say they have been "encouraged to take redundancy".

A former staff member at the centre, claimed: "They are closing down a significant part of the TUI office and moving it over to Swansea.

"60 people are being made redundant - it is affecting a lot of my friends who work there.

"It all seems a bit fishy. It seems it happened just like that, but that’s 60 jobs lost; that’s a lot of people here in Luton!

A TUI spokeswoman, said: "We are sorry to confirm that we are currently in a consultation period with members of our contact centre team based in Luton.

"The proposed changes are not a reflection of the great work they do to serve our customers. It is the result of research, consideration and discussion about the future of how TUI UK and Ireland communicates with customers.

"We have offered our colleagues affected by this consultation, the option to relocate to Swansea to join our contact centre team based there. Alternatively we are working closely with the Luton-based team to identify other suitable opportunities within the business."

TUI would not confirm how many jobs were involved.

Cllr Sian Timony, deputy leader of the council said: "The council has not been made aware of any such redundancies at TUI but will continue to monitor the situation. We are aware that there is currently uncertainty in the travel industry and moments like these are extremely stressful for employees.

"The council’s focus will always be on supporting any affected employees in their efforts to return to work, and last week we supported with our partners an event to give information and advice to those affected by the Monarch collapse. The future for the travel industry in Luton is bright. London Luton Airport itself has now achieved 42 consecutive months of significant passenger growth, although we appreciate that will not be of consolation to anyone affected by redundancies at the current time."

TUI Travel PLC is an international leisure travel group listed on the London Stock Exchange. It was formed on 3 September 2007 with the merger of First Choice Holidays PLC and the Tourism Division of TUI AG, which owns 56.4% of the company.