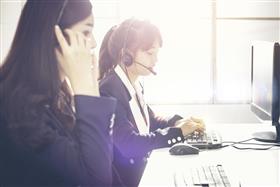 The service was inundated with more than 600 calls, but many people struggled to get through. The Department for Infrasturcture (DfI) said that as well as the two people manning its helpline, another member of staff was based in the traffic control centre.

"In addition to and to cope with high numbers of calls, five emergency response controllers within the Southern, Eastern and Western areas also assisted," it added.

It said the Flood Incident Line also took calls which were referred to DfI for action.

Among those who had trouble reporting road obstructions was Armagh City, Banbridge and Craigavon DUP councillor Darryn Causby.

"It definitely felt like there were problems on Tuesday night," he said.

"It was a challenge to get through to them on the phone and their website was very slow." He was trying to contact the DfI helpline on behalf of distressed residents, including a man trapped in his house due to a fallen tree.

"I still haven't heard back from them yet," he said last night.

"It's very unfortunate because some of the work that councillors do can actually reduce the number of calls by avoiding a duplication of reports."

Such was the pressure on authorities, at one stage police in Craigavon warned on Facebook there would be zero tolerance of anyone who threatened police call handlers for not attending to downed trees.

Mr Causby praised the PSNI, NIE Networks and all those on the ground, but said questions needed to be answered to establish why the response to Storm Eleanor seemed lacklustre.

"I would assume that if we know something is coming, which we do due to early warning systems, then adequate plans should be in place. If that hasn't happened then there's definitely cause for concern. It certainly seems like we were less prepared for this storm than we were for Storm Ophelia," he said.

NIDirect is the official Government website for Northern Ireland citizens, providing a single point of access to public sector information and services. The content is developed by representatives from the many government departments that contribute to the site, working with a central Editorial team.