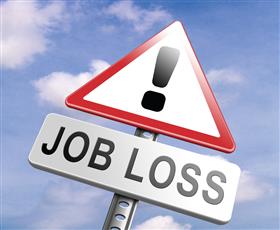 Lindsay, Ontario, Canada, Aug, 2018 -- Sixty-three people will be out of work this December after Nordia announced it is closing its call centre in Lindsay.

The call centre opened in 2014 at the Whitney Town Centre on Kent Street, taking over from the former Sykes call centre as part of a deal which included a call centre in Saint John, N.B.

However, with its lease up early in 2019, Nordia says it was faced with a decision whether to renew or not.

Phillip Van Leeuwen, Nordia director of communications, says the rent was 18 per cent higher than its other 13 locations. He tells CHEX News the operating costs were "very high" and finding an alternate site was not a viable solution.

He also noted the City of Kawartha Lakes is a "small market" which made it difficult to hire employees and the area offered limited growth opportunities for the business.

He says the Lindsay call centre has 48 customer service representatives, and five management roles with 10 currently on leave. The centre is set to close on Dec. 21.

Van Leeuwen says employees will be offered opportunities to apply for positions at Nordia’s other locations along with providing support for job skills training, upgrading resumes and providing time off for job interviews.

"We wanted to give them as much time as possible to prepare for the transition," said Van Leeuwen.

Nordia currently operates a call centre in Peterborough with 300 employees.

"Lindsay was a unique case based on economics," said Van Leeuwen. "It’s never an easy decision and it’s difficult for the employees and the company. Hopefully, we can help people."

Nordia is a Canadian provider of customer service solutions and has been in the telecommunications sector since 1999. Nordia operates 13 centres in B.C, Ontario, Quebec, and New-Brunswick and provides a wide range of support to help customers get the most out of their services and resolve issues. Nordia prides itself on attracting and retaining top talent, providing a stimulating and rewarding environment for employees and offering among the most competitive total compensation in the industry. In a recent survey, 82% of Nordia employees said they would recommend Nordia as an employer to their friends and family.