News : 700 Left in Lurch as Call Centre Set to Shut 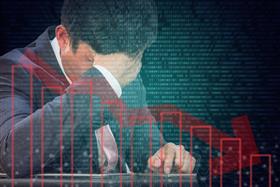 Around 2,000 people dependent on these employees will suffer due to this move.

As a part of the procedure, the company has filed an application with the Industrial Court intimating that it intends to close down the operations at its decade old unit in Aurangabad, by month-end.

An insider from the company told TOI, "The company started its operations in Aurangabad 2008 and got a contract from Vodafone. It was after the entry of new telecom service giving free outgoing calls and even 4G internet, a good amount of customer base shifted, resulting in serious drop in call flow to the call centre, which served as a customer service provider."

Around March this year, the telecom provider called off the contract. Following which the company here terming the unit to be economically unviable decided to wind up the operations.

Unhappy with the company's move, Centre of Indian Trade Unions (Citu), a communist backed union claiming representation of the employees, has moved the industrial court alleging that the company is winding up operations without following the due procedure of law.

As per the application moved by the Citu, informing the employees about the winding up of operations towards the end is against the spirit of law. The Citu is also contesting that the company should abstain from closing down the unit and carry on with the closure process, instead it should offer 90 days of wages to employees for every year of completed service as compensation.

While challenging the company's application, Citu has claimed of having 194 employees of this company as its members. Citu leader Uddhav Bhavalkar confirmed the development and reiterated the demands put before the labour commissionorate.

When contacted, lawyer Yugant Ram Marlapalle, who is representing the company in the industrial court, refused to comment on the issue.

Senior officials at the labour commissionorate confirmed the development and said that the case has been put up for hearing before the deputy labour commissioner and the company is making all efforts to resolve the issue amicably.

Company official said that the company does not want any litigations because if the employees file their individual petitions, the firm will have to deal with over 600 cases in Aurangabad alone.