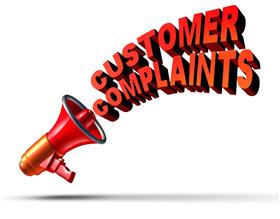 Manila, Philippines, Oct, 2020 -- The Office of the President’s 8888 Citizens Complaint Center (CENTER), has overshot by over 169 percent its target accomplishments in addressing public grievances brought to the attention of President Duterte, the Commission on Audit (COA) disclosed.

In the recently released 2019 annual audit report of the Office of the President, COA appeared satisfied with the various areas it audited. It also noted that there had been no audit disallowance issued against the office while only one audit suspension was imposed and it involves only P28,968.38.

COA also called for the issuance of "necessary guidelines and work financial plan" for the utilization of donations.

The OP spent over P1.4 billion for donations intended for "economic development projects" that are in line with the national priority plan.

Under the General Appropriations Act of 2019, the OP may determine which areas should be supported through donations. The choices included agrarian reform, assistance to victims and areas affected by natural calamities , and rehabilitation of depressed areas.

In the performance audit, COA disclosed that the CENTER was able to reach a 269.44 percent accomplishment of its 2019 target by acting on 240,000 complaints and requests.

These were referred to various government agencies for action.

COA said the CENTER, which is under the supervision of Executive Secretary Salvador Medialdea, is "envisioned to eradicate red tape, to obviate graft and corruption and to improve the delivery of government services through the establishment of a world-class, pioneering, public feedback call center facility."

"The actual accomplishment reported by the CENTER for the CY 2019 is 269.44 percent of the target 240,000 complaints and requests received from and referred to various government agencies," COA said.

Auditors confirmed that for the year, the CENTER received and acted on 646,658 calls and referrals.

"That is 406,658 processed complaints and requests more than the target of 240,000," audit examiners said in their performance audit of the CENTER.

"We commended Management with its accomplishment in terms of forwarded complaints and requests to the concerned agencies and its subsequent follow-ups," the state audit agency stated.