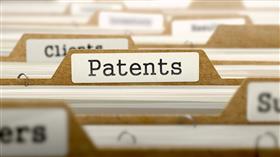 The four 8x8 patents issued by the U.S. Patent and Trademark Office (USPTO) are:

"Enterprises everywhere are undergoing a digital transformation that involves not only a shift to cloud-based architectures, but also requires the implementation of smarter, more flexible communications systems that help address the needs of a constantly evolving competitive environment," said Bryan Martin, Chairman and CTO of 8x8. "We've long been committed to innovating with and ahead of our customers to help them meet the evolving and complex needs of that transformation. This focus on innovation, combined with our ongoing business execution is a key reason for our leadership in the unified communications and contact center industries."

8x8, Inc. (Nasdaq: EGHT) leverages its patented software technologies to deliver high quality voice solutions with integrated messaging and video to businesses of any size with employees in any location on a wide variety of business telephony, web and mobile platforms. 8x8 also offers managed hosting and cloud-based computing services.