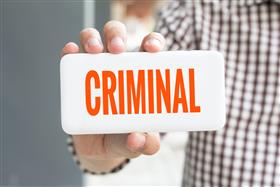 Thane, India, March 21, 2017 -- In the latest development in the fake call centre scam the cops have filed nine supplementary chargesheets in the court in addition to the previous chargesheets filed in December.

As many as 197 accused of the 630 persons booked were arrested in the fake call centre case who were impersonating as IRS officers and conned gullible American citizens to the tune of millions of US citizens.

It was on midnight of October 4 that crime branch based on a tip busted the fake call centre racket in Mira Road in Mumbai.

Just after the raid, a total of 83 persons including the directors, managers well as some of the top employees of the company were arrested and 630 booked in the case following a massive raid by the Thane crime branch and had busted one-of-its-kind international scam.

A senior officer informed that during the later stage, the investigators carried out an exercise of recording the statements of the 630 employees to ascertain their role in the scam.

"During the exercise, several accused on day to day basis were called every day to record their statements and it was corroborated with the other employees and cross checked with those arrested, said a senior officer.

"On the basis of technical data as well as the attendance sheets and salary slips the batches were arrested and even produced in the court and the chargesheet it attached and submitted in the court. Almost everyone have secured bail in the case of the 197 arrested," said a senior police officer.

"The probe is still underway in the case and the one who are accused shall be taken to task," said Param Bir Singh, the Thane police commissioner.

On the other hand, the crime branch had last month approached a Thane court to issue a letter rogatory (LR) to a US court for assistance to get testimonies of Americans duped of millions of dollars by the racketeers and awaiting the response for the same.

It may be recalled that these cheats from the call centre played on the fears of the law-abiding Americans and robbed them of millions of dollars merely threatening them over the phone sitting in their cubicles in Mira Road and which linked to the several other call centres based in Ahmedabad as well as in different parts of countries. The 23-year-old Mastermind of the scam identified as Sagar Thakar alias Shaggy is still absconding and so far there has been no traces of him as well some the prime accused in the case.