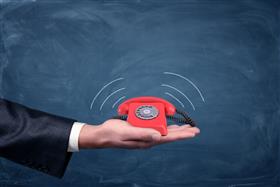 Devon, UK, Nov 28, 2022 -- Devon and Cornwall’s police and crime commissioner was slammed over increasing wait times for 999 and 101 calls, after it emerged callers were holding for an average of 25 seconds to have an emergency call answered.

But police and crime commissioner Alison Hernandez insisted she had urged temporary chief constable, Jim Colwell, to cut 999 waiting times to under ten seconds by December.

The figures were discussed at the Devon and Cornwall Police and Crime Panel where it was revealed there had been a sharp increase in people using the force’s contact centre, with over 900,000 trying to get in touch, by phone or online in the 12 months to September 2022.

Panel member and Conservative councillor for Woolwell, Nicky Hopwood, was first to quiz the commissioner on the call times.

"When you’re dialling 999 to go to wait eight seconds, which was what the previous score was in 2021 – it’s now gone up [by] 18 seconds – it’s really not good enough for the public and I don’t think is acceptable," said Cllr Hopwood. "And I think you’ve agreed in the past it’s not acceptable.

"When do you get to the point where you think, actually, you know what, we cannot sort this out – we need outside help because it’s absolutely unacceptable to be up 18 seconds?"

Commissioner Hernandez admitted there were problems. "There are some really serious issues that are affecting performance in that control room," she said.

"Over the years, they have brought in multiple people from outside to help, which I have supported them in. And they they do not seem to have been able to stabilise, let alone reduce the performance in that control room."

Cllr Hopwood insisted her comments were not to find fault with call centre staff.

"This is not a criticism of those who answer the phone," she said. "And I think that’s really important to recognise that those answering the phone probably go above and beyond in their jobs."