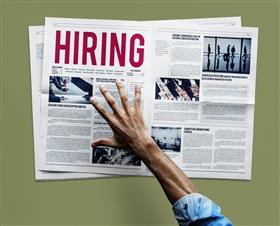 Palmerston North, New Zealand, May, 2021 -- AA Insurance has no plans to set up a physical call centre in Palmerston North, but it is hiring Manawatu staff to man the phones from home in a virtual one.

AA Insurance talent acquisition manager Victoria Dunkin said demand for the company’s sales and service call centres was growing faster than it could recruit and train, especially with the current low unemployment rate of 4.7 per cent.

The majority of the company’s call centre staff were based in offices in Auckland and Hamilton, and by expanding its work-from-home programme AA Insurance could hunt for recruits further afield without having to ask them to move if they get the job.

Manawatu was a natural fit for the expansion as it had numerous existing call centres, which had created a large pool of talent, and AA Insurance was hiring 20 new staff in the region, Dunkin said.

She said the flexibility of working from home proved even more popular than AA Insurance had expected.

Enough Manawatu residents applied to pack out two days of assessment appointments on Thursday and Friday, even after the phone interviews and aptitude tests had whittled down the pack.

It had proven particularly useful when trying to find staff for split shifts, she said.

"The time it takes to commute, especially in Auckland, puts a lot of [office workers] off split shifts.

"But when working from home, people can easily go put dinner on or pick up the kids before going back to the rest of their shift."

The new staff will go to Auckland for a two-day orientation, before going through a full training programme in their own homes.

They will be assigned to existing teams of call centre representatives, with a mix of office and home-based workers.

Dunkin said while AA Insurance won’t be setting up a physical centre in Manawatu, the new staff would allow the company to provide a better level of local support.

AA Insurance customer service manager Catherine Auger was moving down from Auckland to help set up and run the virtual call centre.

Auger’s partner grew up in Ashhurst, and they’d been talking about moving their young family to Manawatu for some time – but after 15 years building a career at AA Insurance, she was reluctant to quit.

Working from home hadn’t seemed like a practical solution, then the pandemic’s lockdowns last year changed all that, she said.

Now they’ve sold their Auckland home and bought a section in Palmerston North to build a new one and escape the big smoke.

Since our beginning in 1994, AA Insurance has become one of New Zealand’s leading providers of car, home and contents insurance for everyday New Zealanders.