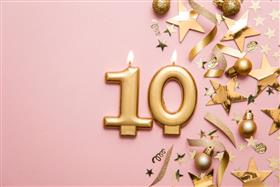 Abu Dhabi, UAE, Feb, 2019 -- The Abu Dhabi Government Contact Centre celebrated the 10th anniversary of its inception during the annual forum held at Al Etihad Towers in Abu Dhabi where it highlighted its outstanding contributions to government services that have helped enhance the experience of customers and make them happy.

The forum was held under the theme "10 Years of Achievements in Customer Service". The event hosted a wide range of government entities in the emirate, and proceedings began with a presentation of the Centre’s most significant achievements over the decade followed afterwards; in addition to future projects and activities of the forum, and guest speakers sharing their experiences in many fields and elaborating on the experiences of government entities; including a lecture on tolerance in line with the declaration of His Highness Sheikh Khalifa Bin Zayed Al Nahyan that 2019 is the Year of Tolerance.

The Contact Centre plays an important role in the Abu Dhabi Government Services Program "TAMM". It is the first communication channel for the customer and integrates with other digital channels and TAMM centres in a joint, continuous coordination that places the customer's interest and needs as a top priority. The Centre applies the highest standards management of the global call centres to ensure the quality of the services provided and its compatibility with the vision of leadership in government services in Abu Dhabi.

H.E Dr. Rauda Al Saadi, Director General of the Abu Dhabi Smart Solutions and Services Authority (ADSSSA), thanked employees of the Abu Dhabi Government Contact Centre for their efforts in ensuring customer happiness and acknowledged that the success of the Centre would not have been achieved without the national efforts that have embraced it.

H.E Dr. Rauda said: "The forum sends a message to all representatives of the contact centre and government entities that their day-to-day work in guaranteeing customer happiness is not just a job; it is a way to make a positive impact on the lives of people in society on a daily basis by listening to their needs and conveying their concerns to the government entities that can act accordingly to implement changes."

H.E added: "The vision of "TAMM" requires us to continue consolidating the concepts of leadership and integration in the services provided; strengthening them through all channels that the public uses to communicate with government entities. Our goal is to achieve customer happiness in a comprehensive and integrated manner across all channels and during the entire journey - from beginning to end."

During the event, an honouring ceremony was held for the government entities and individuals who played a prominent role in the success of the Centre; Abu Dhabi General Services Company – Musanada was named as the best entity in enhancing its performance during 2018.

In addition, the three best performing entities who received between 1000 - 15,000 cases for the year 2017 are the Department of Culture and Tourism, Abu Dhabi Retirement Pensions & Benefits Fund and the Department of Transport.

The three best performing bodies in the case response who received less than 1000 cases for 2017 are the Zoo & Aquarium Public Institution in Al Ain (ZAPIA), Abu Dhabi Quality and Conformity Council, and the Department of Urban Planning and Municipalities.

In addition, the three best performers in the case response, who received between 1,000 - 15,000 cases, for the year 2018 were awarded to Abu Dhabi Distribution Company, the Department of Culture and Tourism, and Abu Dhabi Retirement Pensions & Benefits Fund.

The three best performing bodies in the case response of less than 1000 cases were awarded to Zayed Higher Organization for Humanitarian care and special needs, the Abu Dhabi Quality and Conformity Council and Zayed House for Islamic Culture.

Since its establishment in 2008, the Centre has invested in technologies to expand the base of public services, and improve performance, customer relationship management and quality management in accordance with the best international standards and practices applicable to the management of similar government establishments.

The celebration of 10 years of customer service highlighted the 100 per cent Emiratisation rate and other significant achievements including the launch of the toll free number in 2008, unification channels of communication in 2011, the e-Chat service in 2012, City Guard app in 2013 and being ranked first in the UN International Award for the category of "Introducing the Comprehensive Government Strategies for the Digital era".

It provides a complete and modern electronic platform for customer relationship management across Abu Dhabi entities and authorities; including more than 50 government entities under its umbrella, representing a link between customers from all segments of society from citizens, residents, visitors and investors.

The Centre provides services through a number of key channels, including Phones and e-mail, e-chat, city guard application and finally self-service that allow customers create cases and send it to the Abu Dhabi Contact Centre and follow up and complete the procedures independently.

The Center is also keen to build an active and positive partnership between three parties; namely the employee, the entity and the customer – in line with "Customer Happiness Formula" launched by the UAE Government. This initiative is based on three main elements: employees who take pride in providing excellent government services; government entities dedicated to make customers happy, positive, and proactive customers.

More Editorial From The Government of Abu Dhabi