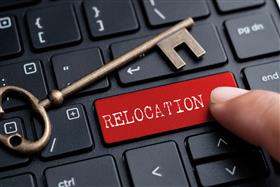 But staff who fancy a change of scene are being offered help in relocating to Dunedin and Hamilton where ACC has its other two call centres.

ACC went to staff with the proposal to consolidate its four call centres down to two last week, spokesman James Funnell said.

He said the proposal wasn't designed to cut costs, and no reduction in the number of call centre staff was planned.

There are 64 Wellington call centre staff, and 23 more based in Auckland, who would be invited to relocate, if the proposal goes ahead.

"They will be offered an opportunity to relocate, and we will assist with that relocation," Funnell said.

The corporation hoped to keep all the Auckland and Wellington staff, who had skills and knowledge it wanted to retain.

ACC would look to redeploy those who did not want to relocate into other roles in Auckland and Wellington, if roles were available.

Funnell said the proposal was part of a evolution of the ways ACC's call centres operated.

The hours they took calls had been extended, and staff were being upskilled.

Currently many were only skilled to deal with one of the three groups of callers - injured people, businesses and health care providers.

The plan was for each call centre staffer to be able to deal with calls from any one of the three groups, Funnell said.

"It's not about cost saving," he said.

ACC's chief operating officer Jim Stabback told Radio New Zealand reported there would be some cost savings, though like Funnell, Stabback said the aim was to deliver better service to ACC users.

Running two call centres would make it easier to deal with peaks in demand, Funnell said.

Both Auckland and Wellington have booming call centre jobs markets with new call centres announced in both earlier this year, including Apple in Wellington and Workday in Auckland.

Seek was showing 63 call centre jobs in Wellington, and 476 in Auckland on Wednesday.

Nadine Gavigan from the Call Centre Institute of New Zealand (CCiNZ) said the industry was in growth mode, and that there were opportunities in Auckland and Wellington for ACC staff who chose not to relocate.

She said New Zealanders wanted the people they speak with at call centres to be here in New Zealand, and businesses were responding.

"I'm pleased these jobs are staying in New Zealand. Senior leaders are getting the message to leave the first point of contact to here," she said.

"New Zealanders are quite parochial. We like to speak to our own."

She said a survey of call centre locations conducted by CCiNZ showed Auckland, Wellington and Christchurch had the lions share of the business, with Hamilton currently only having a 7 per cent share, while Dunedin had 5 per cent.