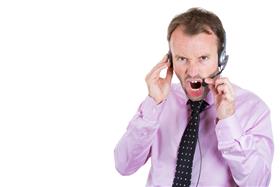 Peshawar, Pakistan, March, 2020 -- Planning legal action against the people making obnoxious calls on the Rescue 1122 helpline in the province, the Khyber Pakhtunkhwa relief, rehabilitation and settlement department has asked the interior ministry to share the identity of 568 such people with it.

Officials told Dawn that RRS secretary Mohammad Abid Majeed had written a letter to interior secretary Yousaf Naseem Khokhar seeking help to know about the people making obnoxious callers to the Rescue 1122 helpline so that FIRs could be registered against them under the relevant sections of the law.

"We have asked the interior ministry to share the particulars of such frequent offenders," an official said.

The sought-after information includes the names of those offenders and their fathers, and residential addresses for mobile phone numbers.

The letter read that the promptness of response was the linchpin of the service delivery of Rescue 1122.

"As precious human lives and properties are at stake during a disaster or life endangering incident, and require immediate rescue and therefore, the operational activities need to be initiated within seconds," it said, adding that a delay in seconds can result in irreparable loss of human life, and property and such incidents and accidents are reported for action to Rescue 1122 by the affected people or surrounding individuals through the helpline.

The letter noted that sadly, reports had been received that people made obnoxious and fake calls on the helpline.

"A number of times fake emergencies have been reported, which ensue in wastage of considerable resources, along with time of the Rescue team while mostly, calls are made for fun by the individuals without understanding the gravity of keeping helpline engaged," it said.

The letter said making obnoxious calls was an offence under Sections 25 and 26 of the KP Rescue Service (Rescue 1122) Act, 2012, which declared that no person shall make a false or an obnoxious call on the emergency dial-in-number or in any other manner try to falsely represent that emergency circumstance exists requiring utilisation of any resources of the Rescue-1122.

"Any person who willfully or without any reasonable excuse, disobeys or violates any provision of this Act, shall be deemed to have committed a bailable offence punishable with simple imprisonment for six months or with fine not exceeding rupees fifty thousand or with both," the letter said.

It added that in light of this provision, the matter of obnoxious calls was taken up with the Pakistan Telecommunication Authority (PTA) for sharing details of mobile numbers of users making such calls to which the PTA had responded that such sharing of information including subscriber’s details as well as blocking of mobile numbers falls in the domain of the interior ministry.

The letter said the interior ministry’s cooperation on the matter would not only help Rescue 1122 save precious human lives but would also help stop the waste of resources due to fake and obnoxious calls.

The figures collected from 15 districts from 2010 to Feb 24, 2020, show that the rescue services in those districts received 21 million calls during the period but 14.5 million calls were fake and irrelevant.