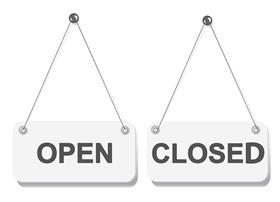 Bengalaru, India, Aug 20, 2019 -- Business process outsourcing company Aegis may shut down more centres across the country as it aims to scale back domestic business, even as the government stepped in to save its Srinagar unit from closure, a source with direct knowledge of the matter told ET. Last week, the government offered to pay three months’ salary for 70 employees and become an anchor client at its Srinagar centre after the company said it would be shut down.

The planned closure of its centre in Kashmir is, however, part of a larger move to cut costs and boost profitability, the source said.

"The Srinagar centre is only one of them. The company is looking at cutting more loss-making centres in tier 3 and tier 4 cities. Those centres are not very profitable and that is becoming important," the source said. ET could not independently ascertain which centres were being earmarked for closure.

Aegis merged with US company Startek last year and the combined company has struggled with growth and profitability. For the three months ended June 30, it reported a loss of $3.5 million on revenue of $161 million.

Revenue from India dropped to $27 million in the quarter from $33.3 million a year earlier.

The company has already undergone a restructuring to eliminate redundant roles and has terminated leases in the United States and the Philippines.

"Tier 3 and tier 4 cities are barely profitable. Only domestic clients are serviced from these locations because of local languages and it is really hard to convince anyone in the domestic market pay you more," an industry source with knowledge of the matter said. Aegis is one of the largest providers of domestic call centre services in the country, with over 20,000 employees.

"Consolidation, business transformation and efficiency are a key part of our global company and we continue to focus our programmes and efforts on improving the customer experience for our partners worldwide," a company spokesperson said in an email response. "We would continue to serve some of the leading BFSI clients from our presence in J&K and therefore would remain committed to work along with the local authorities for J&K’s inclusive growth and its highly skilled workforce."

Domestic BPO companies have struggled with profitability over the past few years, as telecom clients — the lifeblood of the business — face their own revenue challenges and have asked for cost cuts, ET reported earlier.

StarTek is the customer care expert in business process outsourcing. Our job is to improve and manage the customer experience for our clients. StarTek’s suite of solutions includes sales, order management and provisioning, customer care, technical support, receivables management, and more. We offer clients a variety of multi-channel customer interaction capabilities including voice, chat, email, IVR and back-office support. Headquartered in Denver, Colorado, StarTek has delivery centers onshore, near shore, offshore and virtually through its StarTek@Home workforce.