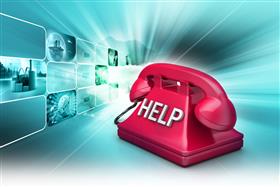 Mumbai, India, Aug, 2022 -- Mumbai Police has been kept on toes for last 15 days with spate of messages and calls of attacks and threats to the megapolis. The latest message received on the mumbai Police traffic helpline WhatsApp number from an international number warned to take care to avoid "Somalia type attack" in India. Terror group Al-Shabaab had recently attacked the Hayat Hotel in Mogadishu, Somalia’s capital.

While senior officials were wary talking to media about the spurt in such threat messages and calls, they neverthless initaited Standard Operating Procedures (SOPs) for such situations. "We take every threat message and call seriously and proper action as per established rules is taken. Such calls and messages take a toll on the manpower of the police force. The ganesh festival is also round the corner and nothing can be left to chance," explained the senior official requesting not to be named. A team of cyber experts from the Mumbai Police Cyber Crime Cell is tracking the message senders location.

Mumbai Police spokesperson DCP Balsingh Rajput said, "We have received such an alert on the traffic department's helpline number. I will not call this message a threat message, I will call it an alert message. it seems, someone has sent it to alert us. We are investigating the source of the message."

Last week the traffic helpline number had received several messages threatening of another "26/11-like" attack in Mumbai. The Mumbai traffic police’s helpline number had received messages on its WhatsApp number claiming that an attack would soon be executed in the city to revive memories of the November 26, 2008 attacks. The threat message was sent from a Pakistan-based phone number and claimed that six people will execute the plan in India. The threat message sender alleged his current location can be traced to Pakistan. Mumbai Crime branch has detained one person in connection with the theat further, two teams of crime branch have been sent to Uttar Pradesh for further investigation.