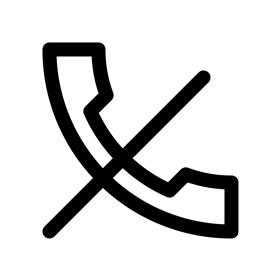 Chandighar, India, Jan 22, 2019 -- Calls made to police helpline 100 after an accident elicited no response in Sector 8 on Monday in another failure of the emergency number, wasting the golden hour.

A speeding white Swift Maruti Dzire car driven by Deepchand Sharma jumped on to the footpath and went on to hit another Dzire car parked on it on the road near DAV School around 11 am. The driver of the second car, Vijay Kumar, was sitting inside the vehicle but escaped unhurt.

Not getting through to police helpline 100 in case of an accident or some other trouble, either from a mobile phone or a landline, is nothing new. The glitches in connecting to this emergency number never seem to go away, despite being highlighted time and again. In this case, the PCR vehicle is generally parked round the corner, yet help came only after a call was made to the SSP. If the impact of the collision had been greater, the delay could meant hold up in getting much-needed medical aid. The police forces of Chandigarh, Mohali and Panchkula should rectify this glitch at the earliest so that accident victims get timely help.

Sharma complained of pain in the lower part of his legs which got stuck under the steering wheel after the impact. He said, "I do not know what happened, but my car suddenly turned and hit the other car parked on the footpath. I have hurt my legs."

Sandeep Kumar, who was following Sharma, said, "I immediately came out of my car to help the driver. His legs got hurt and when we tried to call 100, it did not respond." Similarly, Devinder Kumar, another passer-by, said he also tried to call 100 but it did not connect. He said, "This is not the first time that 100 failed to connect. Last week at Sector 45, I had tried to call the helpline after a woman was hit by a canter, but the call failed to connect." Later, SSP was informed about the accident and she said PCR reached the spot and Sharma was taken to a hospital.