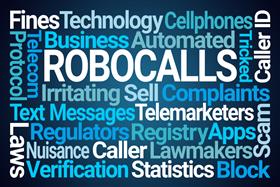 Today the Federal Trade Commission announced charges against the operators of a "free cruise" telemarketing scheme that made millions of illegal robocalls and dialed numbers on the National Do Not Call Registry.

Three individuals and a telephone call center that helped Florida-based Grand Bahama Cruise Line LLC and others to make millions of illegal robocalls to consumers settled a Federal Trade Commission complaint and are permanently barred from making telemarketing robocalls.

Proposed settlement orders against the defendants Christopher Cotroneo and call center Cabb Group, LLC, and Christina and Robert Peterson II ban them from robocalling, including assisting others in making robocalls.

The orders impose judgments totaling more than $7.8 million, which are suspended because of the defendants’ inability to pay, except for $2,500 to be paid by Cotroneo.

Robocalls trying to sell you something are illegal unless a company has your written permission to call you that way.

If you receive a robocall, hang up and report it to the FTC.

The recording might say that pressing a number will let you speak to a live operator or remove you from their call list, but it might lead to more robocalls instead so don’t press any numbers.

The FTC takes the phone numbers you report and releases them to the public each business day which helps phone carriers and other partners that are working on call-blocking solutions. Your reports also help law enforcement identify the people behind the illegal calls.