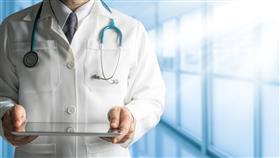 Ahmedabad, India, Nov 20, 2020 -- For the kin of Bharat Makwana, a resident of Vejalpur, one hour in an EMRI 108 hospital on Tuesday seemed like an entire day.

"With high diabetes, he was turning critical with every passing minute. We went to no less than five hospitals to admit him with Covid-19 infection, but they did not have beds with oxygen supply available. We eventually took him to Civil Hospital and got him admitted – he needed critical care right after the admission," said his son.

Makwana was not alone in the ordeal – several Amdavadis faced the issue when they called up ambulance to go to a nearby hospital, only to be told that the hospital no longer had beds. Majority of the citizens faced issues with high-dependency unit, oxygen beds and ventilator beds, that also in hospitals of their choices.

To address the issue, the Ahmedabad Municipal Corporation (AMC) held a meeting with stakeholders on Wednesday, after which it was decided to deploy a senior officer in the EMRI 108 control room itself to steer the ambulance to the hospitals with beds available.

"The system of the patient first going to SVP Hospital to get the required paperwork will be abolished, as the digital verification will be initiated in a few days’ time. The officer will be coordinating with the medical officers to assess the bed vacancy in both requisite and non-requisite categories," said a senior EMRI official.