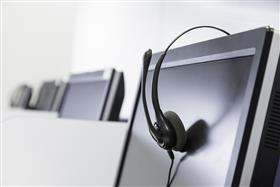 Valletta, Malta, June, 2020 -- Air Malta's customer service line was temporarily unavailable to some customers on Wednesday afternoon who said they had been unable to reach the airline just weeks before a flight ban is lifted on July 1.

Irate customers said they had been met with a dead phone line when trying to get through. Repeated attempts by Times of Malta to get through to the airline's helpline on Wednesday afternoon proved futile.

An Air Malta spokesperson, however, said that their call centre was working as normal and that there were no connectivity issues. Times of Malta subsequently managed to get through to an operator.

"We have data from our call centre showing that calls are coming in," the spokesperson said. They did not exclude the possibility that call lines had been temporarily overloaded.

Airlines across the globe have faced a flood of customer service requests over recent months following global aviation shutdowns.

"I've been trying to get through to them for two days but can't seem to find a working phone number. The ones listed online don't seem to work anymore".

Other customers said they had contacted the airline on Facebook Messenger on Tuesday and Wednesday, but had also not received any reply to their queries.

Air Malta scores 1.8 out of 5 on global review platform Trustpilot, with many poor reviews coming from clients who said they were unable to obtain a refund for cancelled flights.

Flights to and from Malta were banned in March as part of efforts to control the coronavirus outbreak. Since then, the airline has been encouraging passengers to postpone travel plans instead of cancelling them, in an attempt to reduce losses.

Apart from refunds, the airline has also offered passengers whose travels were disrupted by the outbreak the option of booking a new trip within a year, booking the same flight when they are ready to travel again and getting a travel voucher.

An air travel ban will be lifted on July 1, when Air Malta will resume flights to seven European airports. While the airline has been busy promoting flights to those destinations, half of Air Malta's pilots were made redundant on Friday.

The move came after Air Malta said it was unable to match the "unreasonable" demands made by the union representing them.

Today's Tip of the Day - Back To The Basics