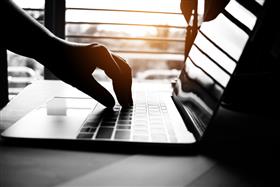 Auckland, New Zealand, July 20, 2020 -- Air New Zealand says its credit self-service tool's security and function had to be tested thoroughly, but it is confident it will help reduce call centre wait times.

Air NZ also says it may need to extend the three-week freeze on new inbound passenger bookings to keep pace with isolation capacity and was in talks with the government about how to manage any isolation payments for returning New Zealanders.

Some frustrated Air New Zealand customers should be able to access their flight credits online after the national carrier launched a self-service tool today.

It has been months in development but is still not quite finished.

Customers who bought tickets with New Zealand dollars can now log on to the service on the airline's website and book new flights using their credits, bypassing the call centre.

The move comes following an apology from Air New Zealand to customers frustrated at the slow re-booking process after the Covid-19 pandemic forced thousands of flight cancellations.Chief commercial and customer officer Cam Wallace told Checkpoint it has taken time to make sure the software is secure and worked well.

"We've been conservative in terms of making sure it's the right product, but obviously we've been going as quick as we can.

"We've done a lot of testing in the last 14 days and we are confident it's going to work. We'll get a lot of feedback I suspect in the next 48 hours but we are very confident.

"This is the first tranche, so this covers about 300,000 customers, and then we'll be extending it for even more complex bookings and for people booked in different markets over the next weeks and months," Wallace said.

"Some customers who have more complex bookings - who might have booked using different currency or booked from China or Singapore - don't have access but what they do always have access to is our contact centre.

"Those wait times have come down significantly as we've added nearly 500 more people to that department."

There have already been problems for customers on the new service, including credit not showing up and credits from separate cancelled bookings not being pooled together.

Credits from separate bookings can be combined but that transaction cannot be done online yet, only through the contact centre, Wallace said.

"We've never actually had the facility or the flexibility to combine credits or to transfer them… we're building an IT and digital solution from the ground up."

The ability to use pooled credits will be online in weeks, Wallace said.

"We want to get confidence about this system which covers a large portion of our customers, so it will take a lot of pressure off the contact centre, and we do have that in work plan in the weeks to come."

People can take the value they have in credit with Air NZ and use it where they want to travel, Wallace said.

"They might have one or two different trips, they might have an international ticket booked and then want to use it for a domestic trip. Also they can use them up to two years, so our expectation is there'll be a whole bunch of people who know what their credit is and will be waiting for our international borders to open and actually want to travel internationally."

There are currently daily flights to Los Angeles being advertised on the Air NZ website. Wallace said fewer than 100 people were thought to be taking those flights, which were primarily for cargo.

"The objective of those flights is to get New Zealand's export products to market and to bring in products into New Zealand as well, so they are quite lightly loaded outbound, but we're getting a lot more demand than we anticipated actually coming into New Zealand."

Will Air NZ help facilitate the cost of arrival isolation?

Wallace said the airline had been in conversations with the government about helping manage a charge for isolation of those arriving in New Zealand.

"It looks likely that a voucher system will be the logical solution. So when you buy an e-ticket you also have to go to a third party and buy a voucher… Like an ESTA when you go into the USA.

"Instead of people turning up in New Zealand not having a room or overwhelming the managed quarantine facility, we'd deal with that at point of sale."

Air NZ has had to freeze ticket sales for three weeks to ease pressure on the managed isolation facilities currently accommodating nearly 6000 arrivals.

Wallace said the airline had not talked to the government about compensation for lost income from the freeze, but it was willing to discuss it when the time was right.

Air New Zealand Limited is the national airline and flag carrier of New Zealand. Based in Auckland, the airline operates scheduled passenger flights to 25 domestic and 26 international destinations in 15 countries across Asia, Europe, North America and Oceania. The airline has been a member of the Star Alliance since 1999.