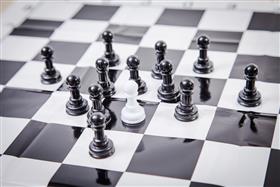 New Delhi, India, July 11, 2017 -- Bharti Airtel, will be investing over three years in the launch of various digital offerings even as the telco gears up to launch Voice over LTE (VoLTE) across the country by the end of this year.

Airtel has announced a few initiatives like allowing postpaid customers to carry forward their unused data to the next billing cycle, pooling of postpaid plan within a family and providing protection for smartphones against damage.

Gopal Vittal, managing director and chief executive, India and South Asia, Bharti Airtel, said VoLTE trials are on in five cities and the company will be "able to take VoLTE" everywhere in the country by the end of this year.

The company, which is scrambling ever since Mukesh Ambani-owned Reliance Jio entered telecom last year, is boosting its offerings to retain customers and improve experience.

As part of Project Next, Airtel will improve its in-store experience by redesigning over 2,500 stores across the country. The company's two next-gen stores are already live in Gurugram.

"This is the first step towards transforming Airtel into a digital services provider. Over the next three years, we are planning to invest Rs 2,000 crore in Project Next to upgrade our touch points and services," Vittal said.

The company also unveiled a new version of MyAirtel app, allowing customers to change plans, get real-time notifications, and others.

Bharti Enterprises is an Indian business conglomerate headquartered in New Delhi, India. It was founded in 1976 by Sunil Bharti Mittal and it operates in 20 countries across Asia and Africa.