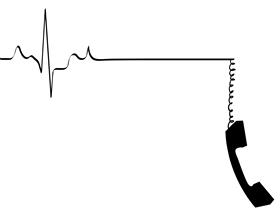 Shillong, India, Oct, 2018 -- The number of calls received by the 108 Emergency Service in the city has dropped drastically because calls made from Airtel numbers are not reaching the call centre.

State Head of 108 Dipankar Chaudhury said, "If you dial 108 from Airtel, either the call just ends or it says the number does not exist."

He said 108 emergency service was receiving 700-800 calls a day but now it has been reduced to 250-300 calls. "During the awareness programme in villages, the service got the feedback that they cannot get through the emergency number and most of them are Airtel users," he added.Chaudhury said the matter was taken up with Airtel authorities but their response was cold.

He said after the closure of Aircel, many migrated to Airtel. "From my office I tried calling 108 but the calls are not going through," he said while adding that the Airtel authorities were asked to come to the headquarters on Thursday to sort out the problem but "they are dilly dallying".