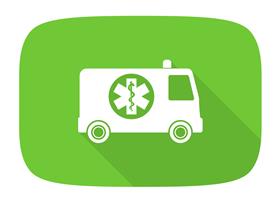 Speaking on the occasion, he said that his government had embraced technology for the larger benefit of the people of the state.

It was because of the 108 Samajwadi health service and the 102 National Ambulance Service that millions of people have been helped in time in the state, he said, adding that the mega call centre, established recently, was giving feedback to improve the service even further.

He also interacted with the call centre employees to get a first-hand account of its operations.

The Chief Minister said with the launch of the mobile application people will be able to keep a tab on the ambulance service. With a click, the caller would not only be able to locate the ambulance through GPS but would also get information on the route of the vehicle.

He said that a web portal and an ambulance tracker system have also been created for this purpose.

The dashboard of the web portal has been designed in such a way that all information with regard to the ambulance service is flashed immediately.

A feedback option has also been introduced on the web portal.