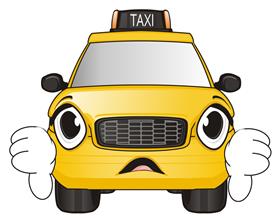 Wodonga, Victoria, Australia, May, 2017 -- Changes to centralise two regional taxi company's call centres to Tasmania has created anxiety with regular customers with disabilities who say they don not feel safe.

Wodonga-based Disability Advocacy and Information Service's Executive officer, Martin Butcher said customers with disabilities who relied on taxis for transportation had complained since the call centre was moved away from the local area.

Located on the Victorian and NSW state border, both the Albury and Wodonga taxi company's call centres have operated from Hobart, Tasmania for more than a year.

"For people with a disability, they haven't been able to get a driver that they feel safe with and the call centre does not know where people need to get picked up from or need to go to," Mr Butcher said.

"When we ring for a taxi in Wodonga, you used to get a person who was based in Wodonga answering the phone. They knew the area and they knew where to go."

"Now the call centre has moved to Tasmania where the people don't understand the local environment."

Feeling safe with a familiar driver

Mr Butcher said he had received complaints from people who said they are unable to ask for a driver they trusted and who knew their specifics needs.

A lot of people with disabilities have specific needs, and their wheelchairs are very expensive pieces of equipment, therefore they should be able to ask for a driver who know them and know their equipment, so that they can be transported safely."

Mr Butcher said he had received informal complaints from people who use wheelchair taxis.

"For people in wheelchairs, they haven't always felt that their chair has been tied in tightly enough and it has moved."

"For other passengers they have felt sick because the drivers are driving around corners too quickly and breaking too sharply, so they don't feel safe with the drivers that they are having."

Mr Butcher said he was worried the people who were experiencing issues of safety in taxis were not willing to speak out about it.

"We've heard feedback about the taxi service but we haven't had anyone come with a formal request for assistance yet," he said.

Mr Butcher advised people with a disability who are unhappy with their service to contact the Disability Advocacy and Information Service who can speak to the taxi company on their behalf.

Why move the call centre to Tasmania?

Chairman of Albury Wodonga Taxis, Scott Cowie said moving the call centre to Tasmania was cheaper for the companies and made the bookwork easier.

"It just became too expensive to have one person answering one phone in Wodonga opposed to the people in Hobart who share it around a lot which makes it cheaper for us but doesn't give a better service unfortunately," Mr Cowie said.

Mr Cowie said he was disappointed to hear of the complaints however both of the companies continued to allow customers to request a specific driver.

Mr Cowie admitted the issue was not new for the industry and the new system could create problems for booking taxis.

"If you ring up and speak to one person and then five minutes later want to change the booking, you will probably talk to a different person,"

"It does make it a bit more tricky and slightly more difficult to book a taxi in some circumstances."

"The customer has to give a bit more detail each time unfortunately because you will be speaking to a different operator each time," he said.