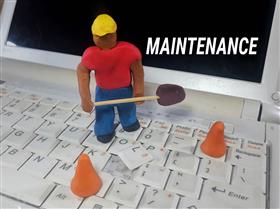 Sydney, Australia, Jan 28, 2020 -- Allianz Australia’s attempt to perform routine maintenance to its customer-facing systems during the quiet of a long weekend has gone into overtime with a number services still down by late Tuesday afternoon.

The insurer posted to its social media accounts last week ahead of the scheduled maintenance to alert customers, saying its messaging services would be unavailable until 9am on Tuesday morning.

Other services not mentioned in the social media post also appear to be down.

One Allianz customer iTnews spoke to said he’d had issues contacting the company’s commercial insurance wing through digital channels, and when iTnews attempted to get a car insurance quote on Tuesday afternoon, Allianz’s website returned the following message.

The customer said that call centre staff had been hearing from customers who had been unable to complete transactions online "all day" on Tuesday.

The timing of the extended outage is especially unfortunate given banners at the top of Allianz’s website advises customers to lodge claims online where possible due to the high volume of phone calls to its call centre in the wake of Australia’s disastrous fire season and a spate of damaging storms.

It’s also more than a little awkward that the outage comes only a fortnight after the insurer released its risk barometer for 2020, in which cyber incidents (including IT failures and outages) were ranked as the second biggest risk to global businesses, and business interruption (including digital) came in fifth.

An Allianz spokesperson confirmed to iTnews that the issues started following planned network related activity, and is affecting a number of IT systems.

"We are currently working to resolve the matter and return to our usual service levels as soon as possible," the spokesperson said.

"We understand and appreciate this is a difficult time for many people affected by weather events, and we have put on additional staff to support customers. We sincerely apologise for an inconvenience caused by this matter."

Allianz SE is a German multinational financial services company headquartered in Munich. Its core business and focus is insurance.