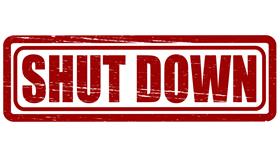 Kingston, Jamaica, April 14, 2020 -- Call centre Alorica has shut down its Kingston branch – its second closure in as many days – as concerns swirl about coronavirus contact tracing and the vulnerability of employees in the business process outsourcing (BPO) sector.

Approximately 140 staffers at Alorica’s Portmore offices have, over the last 48 hours, undergone testing for the new coronavirus after two co-workers were confirmed as positive for COVID-19.

"Continuing with our commitment to keep our employees health and well-being top of mind, we have decided to temporarily close our Kingston site as well, starting tomorrow (Tuesday)," read a statement issued to workers Monday which The Gleaner obtained.

But workers who routinely utilise buses hired by Alorica have admitted to being at risk of contracting COVID-19 because of cross-training of staff between the Portmore and Kingston offices. Kingston staff also interface with Portmore staff when they arrive at the Portmore Informatics Park for transit to the city.

The BPO staffers have called for "a clear transportation policy" to be put in place to alleviate their fears.

Speaking on condition of anonymity, an employee of Alorica said that she was alarmed that no adjustment has been put in place to deal with issues related to the group transportation policy.

"I am very worried now because it seems to me that the same bus that takes people here to the Portmore branch could be the same one being used to take us to the branch in Kingston," said Simone Parsons*.

"I wait here (outside the Alorica Portmore branch) daily for the staff bus and I have never been so worried, because now that two persons are positive, it is easy to do the maths.

"Scores may be positive and some may use the same bus," she said.

BPOs have been a fast-rising job sponge in Jamaica over the last decade, accounting for a workforce of almost 40,000. The Holness administration has exempted call centre workers from curfew orders that are set to expire on April 21.

BPOs are high-density environments that could be incubators for viral spread, especially if social-distancing guidelines are flouted, or where compliance is a logistical nightmare. Alorica Portmore reportedly has about 600 workers.

Yesterday, scores of workers were tested at Alorica Portmore.

One health official said it was a prudent move by the South East Regional Health Authority to get a handle on the fast-spreading virus by testing those who would have likely been in contact with the positive employees.

"Persons are being tested at this location based on the numbers expected, as there would not be enough spacing at a health centre, and also we wanted to make sure those coming actually work here. We can control and confirm that they are from Alorica," said a healthcare worker who identified herself as Nurse Smith.

Beatrice Larmond*, an Ibex call-centre employee who boarded the company’s contracted bus to Spanish Town yesterday, told The Gleaner that she, too, depends heavily on the service, but is now reviewing her options.

"This is such a scary time for everybody, and even on the staff bus, I try very hard not to touch any rails or seating. Nothing is provided for us while on board, not even little hand sanitiser, so I keep my hands off everything and wear my mask as well," she said.

One bus driver said that he discontinued the sanitisation of hands because he was the victim of disrespect by travelling workers.

"I stopped disinfecting the workers’ hands because not all good efforts are appreciated. But I still have sanitisers in the bus for whoever wants to use it," said the driver, who asked that his name not be used.

Last Friday, the health ministry reported that a 21-year-old woman from St Catherine, who works at Alorica call centre, tested positive for the respiratory virus. By Sunday, a 19-year-old Clarendon man was also confirmed as being infected. He, too, is an employee of Alorica.