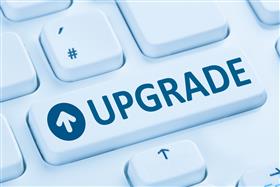 The project involves the implementation of cloud financial management solutions from Sage Intacct to help the charity automate grants and donations, and will be in line with its new CRM instalment based on Salesforce.

Like many charities, Unicef receives grants and donations, which often involves manual input into the system, but with Sage Intacct, the process will be automated thanks to the tight integration between Sage and Salesforce, aiming to create a seamless integration between the charity’s customer relationship management (CRM) and finance functions.

According to Unicef Australia CEO Tony Stuart, the organisation's current finance function is inundated with manual admin and the inability to spend time on crucial tasks.

"The integration of Sage Intacct into the Unicef organisation will alleviate current pain points and allow us to channel resources into achieving our goals," Stuart said.

AlphaSys CEO, Justin Yoon, said it was the first time it had landed a project with Unicef after responding to a request for tender (RfT), with project currently underway with the system set to go live at the end of this year.

"Unicef [was] initially looking to replace [its] CRM with Salesforce, and through that process, it was also identified that they were also simultaneously looking for an accounting system," Yoon said.

"Given our knowledge of the product and being a partner, but also knowing Sage Intacct’s strong penetration into the non-for-profit sector in the US, we recommended the solution to also be considered.

"The Unicef deal is our third implementation of Sage and in terms of the amount of support that we get from Sage, it has been very consistent, and that definitely gives us a lot of confidence in every project that we do.

"Intacct has such a tight integration with Salesforce that they’ve built themselves, which is a unique proposition because they’re able to train us up on how to use it really well, and how to configure it at the optimal level."

Newly appointed Sage ERP general manager A/NZ, Gary Katzeff, said it has a lot of support for the Sage Intacct product out of the US.

"They’re getting a lot of enablement, support and training from us," he said. "We’re focused on making our partners successful and helping them to grow."

Sage is a FTSE 100 company in the North East. Even though we've become a global company, we're still rooted in the North East, with our head quarters in Newcastle where around 1,500 of our people work. 6.2 million companies around the world use Sage products and services across 100 countries. We’re a company that lives and breathes business. Not just our own, but our customers’ businesses too. What makes us different is our people and our passionate commitment to doing what’s right for our customers, going the extra mile and exceeding their every expectation. We do this because we care. Because we care about business. Because we want our customers to be successful and to be able to do things the way they want to do them. We live and breathe business. Every day. That’s what we do.