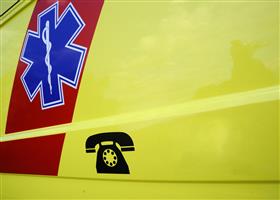 Glasgow, UK, May 24, 2017 -- Ambulance call-outs for sick employees at a Tesco call centre are FIVE times higher than other firms, figures show.

Paramedics have been called to the Tesco Bank customer service centre on Renfield Street 52 times in three years, - an average of one call-out a month.

In one month, there were four 999 calls to the call centre.

The highest number of blue light calls was for chest pains and fainting with 20 calls recorded.

Freedom of Information figures obtained by the Evening Times show that two people suffered "traumatic injuries" while working in the Broadway One customer service centre, which employs 2000 people.

The Evening Times requested figures for two other customer service centres, with a similar number of employees, Bank of Scotland and Santander on St Vincent Street.

Both firms had 10 ambulance call-outs over the same period, November 2012 to October 2015.

The Bank of Scotland call centre had six Category A calls, which are potentially life-threatening and Santander had three.

A Tesco Bank spokesperson said :"We take the welfare of our 2000 colleagues in our Glasgow customer service centre very seriously and while there are dedicated colleagues trained in first aid on site, we will always contact the ambulance service if we deem it appropriate"

The UK has around a million people working in 5,000 call centres.

The use of call centres as the main customer services function is increasing in all parts of the economy, in both the private and public centres.

According to the union, Unison, pressure is increasing on call centre staff to provide faster responses to more and more callers.

The union has created a call centre charter which sets out a number of standards for workers including reasonable health and safety levels and a good working environment with comfortable work stations.