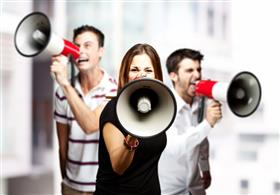 They first staged protest at midnight for an hour and then again gathered at the office at 6 am.

The agitators included workers who were supposed to be on duty. People who called for ambulances had to wait for long to get a response.

"Those protesting were not in any shift hence the call centre ran smoothly," said Sunil Yadav, spokesperson of the company.

The protest was called off in the afternoon after the salary for one month was released, said officials.

A probe has been set up by the state government in the previous strike by the drivers.