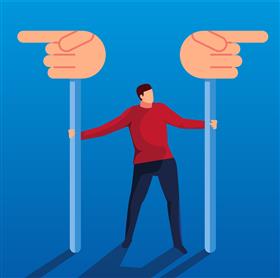 Amesbury, MA, USA, Jan, 2018 -- A Middleton-based call center's confusion over street names and a lack of familiarity with the city have prompted the Amesbury Police Department to take back control of its non-emergency phone lines.

The city, along with Beverly, Middleton, Wenham, Topsfield and Essex, entered into an intermunicipal agreement with the Essex County Sheriff’s Department in 2010 to transfer the handling of police, fire and medical emergency calls to the Essex County Regional Emergency Communications Center in 2013.

Beverly pulled out of the agreement before the call center went online in Middleton, and Amesbury's firefighters union voted no confidence in it soon after.

But Amesbury remained with the RECC, allowing the Middleton dispatchers to be the Police and Fire Departments' first line of contact with the public for emergency and non-emergency calls. Emergency phone calls have been dealt with directly in Middleton while non-emergency calls have been transferred to Amesbury. But, according to Police Chief William Scholtz, that agreement is no longer satisfactory.

"We were not getting that customer service that makes us happy," Scholtz said. "When someone calls the Police Department, they want the customer service to be what it should be. When you call here and get someone on the other end, you want them to know where you are. In my opinion, the RECC wasn't providing that for us."

With regional dispatchers fielding calls in Middleton, plenty of problems have cropped up with the department's business line, Scholtz said.

Mayor Ken Gray won the approval of the City Council to withdraw the city from the RECC over the summer, a move Scholtz supported. The RECC had also reimbursed the expenses the city incurred from the use of its non-emergency services but, according to Scholtz, the call center recently decided to drop that policy.

Faced with an added expense and with the city cleared to leave the RECC by 2019, Scholtz decided to take back both of his department's business lines.

"We are paying for (our public safety clerks already). There is no reason why they can't answer the non-emergency calls," Scholtz said. "They are better versed to get the caller to where he or she needs to be and the service that they need."

All emergency calls will still go to Middleton, and Scholtz stressed residents experiencing an emergency should dial 911.

"I don't care how small an emergency it is, you should call 911," Scholtz said. "I can't stress that enough, at least for now. If they call us, they are going to be wasting their time and will be directed to hang up and call 911."

Essex County Sheriff Kevin Coppinger recently announced the state is looking at taking over the RECC in the future and Scholtz pointed to a financial audit of the call center being conducted which he said helped him to make his decision.

"The results of that haven't formally come out but we have been given bits and pieces over the last few weeks," Scholtz said. "None of it is positive for the RECC and we don't want to be a part of that."

Today's Tip of the Day - A Question For Your Agents