News : Another 120 Jobs Under Threat at Cwmbran Call Centre We Fight Any Claim 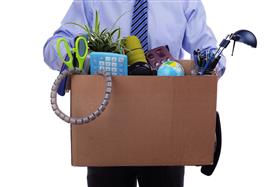 Cwmbran, Wales, Oct 23, 2019 -- A total of 250 jobs are to go at a Cwmbran call centre after the passing of the deadline for submitting PPI claims.

It was announced last month that 130 jobs were being lost at We Fight Any Claim (WFAC), a claims management company in the UK.

Now, bosses have confirmed that a further 120 jobs are now at risk of redundancy.

The call centre has been a major employer with around 450 people working at its centre in the town's Llantarnam Park for the past decade.

But bosses say the end of PPI claims on August 29 has had a major impact on the business.

A spokeswoman for the company said since the original announcement of job losses they had worked hard to help those affected to secure alternative roles within and outside the organisation.

"We made significant investment in both technology and human resource to ensure the job was done on time. Unfortunately, even though the banks knew everything about the time bar and about the expected increase in complaints, it appears they were thoroughly unprepared to deal with this increase, and are taking no steps to change this.

"What this means is that lenders’ responses to complaints have slowed to a crawl - WFAC has seen a 80% decrease in the number of offers coming through and the Board has been monitoring the situation carefully over the last few weeks waiting to see when the log jam will clear.

"Last week the Financial Conduct Authority made an announcement that it is possible that WFAC, (along with other CMCs and customers) may not receive a final response to complaints until summer 2020. Despite this being significantly slower than the standard 12 weeks the banks take to process complaints, the FCA have advised that if CMCs try to chase the lenders or otherwise expedite responses they risk losing their licence.

"What this means is that expected income has been severely affected which has had a major impact on the business and the We Plan Group, which provides staff and services to WFAC, believes a further 120 jobs may be lost."

Staff said they were devastated by the news.

One worker, who did not want to be named, said: "I honestly thought I was safe after I survived the last round of job losses. But when I came into work and people were being called into the office, I knew then that something was up.

"People have been leaving work in tears and I'm absolutely bricking it. I'm going to have to find something quick otherwise I don't know how I'm going to pay my bills. Then there's also Christmas just around the corner too."

The We Plan Group said the development was beyond its control.

About We Fight Any Claim:

We Fight Any Claim is a claims management company that specialises in claiming compensation for mis-sold Payment Protection Insurance for those who were mis-sold the policy.

More Editorial From We Fight Any Claim