News : Another 800 Centrelink Jobs to be Outsourced as Millions of Calls Go Unanswered 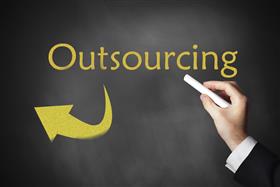 The 800 jobs in Brisbane have been contracted to Concentrix Services and bring the total number of outsourced call centre staff to 2,750.

It was revealed in Senate estimates hearings last week that Centrelink had again failed to meet its customer satisfaction targets, with complaints rising.

The 47.9m unanswered calls were an improvement on the previous year’s figure – 55m – but the Department of Human Services (DHS) conceded there was still room for improvement.

The average waiting time for a Centrelink call was 15 minutes and 58 seconds, but longer for those calling about youth allowance and Austudy (37-minute wait on average) or employment services (34 minutes).

Initial data for 2018-19 suggests the number of unanswered calls and waiting times have fallen. However, callers can now use an automated function to complete some activities, though a "congestion message system". "As a result of the congestion message trial there are no busy signals recorded for the employment services main business line," a DHS report shows.

Last year 250 Centrelink jobs were contracted out to Serco as part of a trial, infuriating the public sector union. The program was expanded in April to include another 1,000 call centre workers.

On Tuesday, the government claimed a review of the Serco pilot found the outsourced workers "answered more calls each day, had less down time between calls, were cost effective and ranked equally for customer satisfaction".

"This dispels many of the myths perpetuated by Labor that outsourcing leads to higher cost and reduced standards of service," Keenan said.

But the Coalition has refused to release the report, which it says is a "cabinet document".

The opposition’s human services spokesman, Ed Husic, said the report was a "desperate attempt to convince the public about the value of privatised labour"

"Not surprisingly the government refuses to release the report to see if the claim stacks up against reality," he said.

The Greens called for the report to be released.

"I’m very concerned about the details reported from the ‘secret’ report and the rights and conditions of the people employed by the labour hire companies," said Greens senator Rachel Siewert.

Pas Forgione, coordinator of welfare rights group the Anti-Poverty Network, said Centrelink call centres were "not like a phone company or a power company".

"This is someone’s sole income. You can’t take any chances."