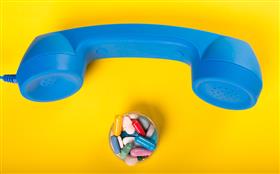 Ahmedabad, India, Sept, 2020 -- To fight the trafficking and sale of narcotic drugs in the state, Gujarat police has launched a toll-free helpline, 180023335080. This has been launched to get more information about traffickers and peddlers. Moreover, a new scheme to reward informers, police officers/personnel providing information leading to seizures of drugs and arrests of traffickers has also been introduced.

During an anti-drug drive by Gujarat police from September 5, several kinds of drugs have been seized across the state.

According to police sources, 53 offences have been lodged and 58 persons have been held. About 1,103kg of drugs worth a total of Rs 1.83 crore have been seized across the state.

DGP Ashish Bhatia said two more seizures, of mephedrone worth more than Rs 1 crore, were made on Tuesday in Surat and a peddler was arrested. Ahmedabad rural police on Monday seized codeine cough syrup and sedative tablets worth Rs 33 lakh and arrested three persons. "The drive will continue till September 25," he added.

Seven arrested under PIT-NDPS Act: During the drive, seven persons were held under the PIT-NDPS (Prevention of Illicit Traffic in Narcotic Drugs and Psychotropic Substance Act). These persons were earlier held in NDPS cases and were suspected to still be in the same illegal business. "The persons held under the PIT-NDPS Act are Dilip Joshi, 59, of Morbi; Harisham Bishnoi of Sanchor; Kalu Tank of Amreli; Pratipalsinh Jadeja of Rajkot; Abudulla Shaikh of Junagadh; Somi Thakor of Gandhinagar; Abdullah Memon of Bhuj; Ishaq Saiyed and Imtiaz Shaikh of Surat; and Juvil Diyora of Bhavnagar," said a police official.