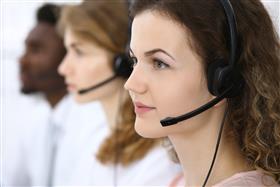 Concentrix had a contract with Apple to operate a customer service centre for English speakers in the Asia-Pacific region, he said.

Grant said Apple staff were key to the selection of Wellington over Adelaide for the call centre, and that the Wellington Regional Economic Development Agency (Wreda) worked "behind the scenes" to attract the company.

Wreda chief executive Chris Whelan said the Concentrix call centre has already trained and created jobs for 120 Wellingtonians, with more on the way.

"Concentrix specialise in high-end technical support, making the centre not only a multi-million dollar contributor to the economy, but a valuable skills development asset in an increasingly tech-oriented world," Whelan said.

Concentrix New Zealand country leader Tim Roberts said the company was not able to comment due to client confidentiality.

The call centre is expected create up to 350 jobs, and could prove popular among students as an temporary job during the launch of new products, Grant said.

Concentrix has already been advertising IT support jobs at the Old Bank Arcade on Lambton Quay.

Four months ago, a job was listed on Jora for a technical support specialist in the Old Bank Arcade that said "experience supporting Apple products" was an advantage to applicants.

Grant said mentioning Apple while the deal was being completed was similar to referring to Lord Voldemort in the Harry Potter world as "he who must not be named".

Representatives from Apple who inspected the site did not hand out business cards, and were never introduced as employees of the tech provider, Grant said.

The deal was initiated with Minacs, a global outsourcing company, which was bought by Concentrix in August last year.

Concentrix, a wholly-owned subsidiary of SYNNEX Corporation (NYSE: SNX), is a technology-enabled global business services company specializing in customer engagement and improving business performance for some of the world’s best brands. Every day, from more than 40 countries and across 6 continents, our staff delivers next generation customer experience and helps companies better connect with their customers. We create better business outcomes and differentiate our clients through technology, design, data, process, and people. Concentrix provides services to clients in ten industry verticals: automotive; banking and financial services; insurance; healthcare; technology; consumer electronics; media and communications; retail and e-commerce; travel and transportation; energy and public-sector. We are Different by Design.