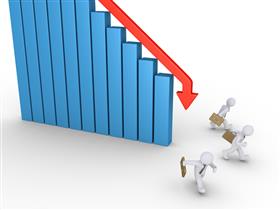 Auckland, New Zealand, Oct, 2018 -- Apple has cancelled its contract with Auckland call centre Concentrix which is expected affect at least some of the more than 100 jobs.

Concentrix won the Apple contract last year to operate a customer service centre for English speakers in the Asia-Pacific region.

Staff were told the Apple work would end on February 1.

He would not comment on how many jobs were at risk, or and whether its Wellington office, which also has an Apple contract, would be affected.

"Concentrix is not able to comment on who our clients are due to the seriousness in which we respect client confidentiality," Robert said.

"However, we are able to advise that Concentrix has been informed that there is no longer a requirement for one of our lines of business operating from our Auckland site," he said.

"As this change is likely to affect a number of roles, we have started consultation with our affected staff to elicit their feedback and will work with them to identify the best way forward. As it is only a proposal at this stage, no decision has been made, Roberts said.

Some affected staff could be redeployed in other parts of the business, he said.

E tu organiser Joe Gallagher said the union represented just 21 of the 600 staff and was unsure how many staff overall would be affected.

"The company is anti-union and it is a very difficult company to deal with," Gallagher said.

He said it was likely most employees affected would not have redundancy packages if they did lose their jobs.

Concentrix is also an call centre for Air New Zealand and a number of other big companies.