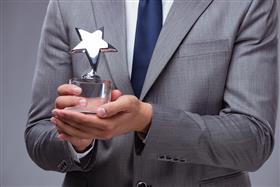 McLean, VA, USA, July, 2018 -- AppTek, a speech recognition and machine translation provider, announced that Director of Science Dr. Hermann Ney is the recipient of the 2019 James L. Flanagan Speech and Audio Processing Award. Presented by the Institute of Electrical and Electronics Engineers (IEEE), a technical professional society, this award recognizes Dr. Ney for his pioneering contributions to statistical and computational modeling in automated speech recognition (ASR) and machine translation (MT).

The award, established in 2002, is presented annually to an individual or team who has made an outstanding contribution to the advancement of speech and/or audio signal processing. In being selected, Dr. Ney joins an elite group of scientists from some of the world’s leading research institutions, such as James Baker of Carnegie Mellon University; Janet Baker from the Saras Institute; Victor Zue from the Massachusetts Institute of Technology; Sadaoki Furui of the Tokyo Institute of Technology; and other previous award winners.

Dr. Ney’s work is applied to developing AppTek’s highly advanced ASR and MT technology, and the company’s proprietary machine learning code. He is also known for his team’s contributions to the GIZA++ and Moses open source statistical machine translation platforms, which are extensively used by the speech technology market to develop new products. His visionary contributions are the driving force behind AppTek’s rich tools that many other leading speech technology providers adopt in their ASR and MT offerings.

"I am grateful and humbled to be included among such eminent peers who have received this honor," Dr. Ney said. "Speech and language technologies have tremendous potential to transform myriad aspects of daily life, and to provide unprecedented advances in applications such as telephony, healthcare, transportation, education and more. We are proud that AppTek has created tools used extensively by the market to realize the benefits that ASR and MT deliver."

Dr. Ney is a professor of computer science at RWTH Aachen University in Germany. His interests lie in statistical methods for pattern recognition and human language technology and their specific applications to speech recognition, machine translation and image object recognition. Over fifty of his former students have gone on to lead ASR and MT product development for industry leaders; those include Hassan Sawaf who leads Amazon Web Services AI, Frantz Och who started and led Google’s Translate and is now with Facebook, and other leading scientists at Amazon, Apple, eBay and Nuance, testifying to his unprecedented sphere of influence on the integral role that speech and language technologies play in modern life. He notes that "It is particularly rewarding to teach so many bright minds who have gone on to apply this complex technology in such beneficial ways."

In particular, Dr. Ney has worked on dynamic programming and discriminative training for speech recognition, on language modeling and on data-driven approaches to machine translation. His work has resulted in more than 700 conference and journal papers; he is one of the most cited machine translation scientists in Google Scholar. In 2005, Dr. Ney was the recipient of the Technical Achievement Award of the IEEE Signal Processing Society; in 2010, he was awarded a senior DIGITEO chair at LIMIS/CNRS in Paris, France; and in 2013, he received the award of honor of the International Association for Machine Translation. Dr. Ney is a fellow of both the IEEE and of the International Speech Communication Association.

As a pioneer in automatic speech recognition, machine learning, and artificial intelligence, AppTek partners with its customers to provide solutions focused on closed captioning and subtitling, call center content discovery and mobile intelligent voice agents. In today's hyper-connected and data-rich marketplace, enterprises are seeking to drive revenue, save costs, and increase productivity.