News : As Use of Branch, ATM, Call Center Decline in the UK, Craving for Personalized Banking Grows 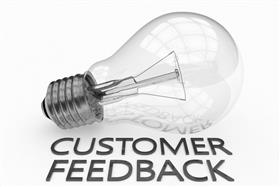 London, England, May, 2018 -- Yet another banking study has determined that consumers' use of digital banking services has grown dramatically in the past few years, while physical interaction has declined.

The UK Financial Services Customer Survey 2018 by Accenture found that the number of consumers who visit branches at least once a month has fallen from 52 percent to 32 percent since 2015.

The number of consumers who use ATMs at least once a month has also dropped 20 points since 2015, falling from 82 to 62 percent.

Additionally, the number of consumers who transact with their bank by telephone at least once a month dropped from 16 percent to 9 percent, with millennials calling their bank more than any other age group, the release said.

The percentage of bank customers who use mobile banking regularly has remained static at 34 percent.

But while in-person interaction has declined, consumers' expectation of personalized service has intensified the Accenture study found.

Two-thirds (66 percent) of consumers thought it was important for their bank to use personal data to provide relevant financial advice; more than half (56 percent) thought that location-based offers would be useful.

Of the 14 percent of consumers who switched banking providers over the last year, more than a quarter did so due to lack of personalized services, with millennials most likely to switch for this reason.

Accenture is a global management consulting, technology services and outsourcing company. Accenture collaborates with its clients to help them become high-performance businesses and governments. With deep industry and business process expertise, broad global resources and a proven track record, Accenture can mobilize the right people, skills, and technologies to help clients improve their performance.