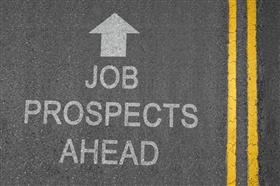 Isle of Wright, England, Aug, 2019 -- A programme designed to improve the job prospects of the Isle of Wight’s young people sees Ascensos, the contact centre management provider, become the first Isle of Wight employer to sign up to the Department for Work and Pensions (DWP) Mentoring Circles.

Mentoring Circles wants to broaden the horizons of young people on the island and its goal is to improve their confidence, motivation and job search skills as well as building their self-esteem and employability.

After a successful launch across the UK, the Mentoring Circles programme arrives on the Island for the first time, with Ascensos providing job seekers with an opportunity to work alongside positive role models and mentors they would normally not have access to.

Ascensos will host regular sessions with the Job Centre at its contact centre in Cowes over a 5-week period supporting up to seven young adults from the Foyer for the Island, a supported living facility for young people in Ryde.

The young adults will be advised on the job application process, CV writing, job interview techniques and provided with typical work day scenarios.

Ascensos launched its Isle of Wight contact centre in 2017 and is currently expanding operations on the Island, creating an additional 150 jobs over the next six months.

"It’s a privilege for Ascensos to be the first business on the Isle of Wight to take part in the DWP Mentoring Circles programme and I’ve really enjoyed welcoming these young job seekers to our contact centre in Cowes.

"We’ve shown them a fully functional working environment and how the centre operates day to day and we were able to give advice on what we as employers are looking for when recruiting new candidates.

"The Mentoring Circles programme has provided Ascensos with a real opportunity to give back to the local community and I hope we can play a small part in supporting these young people on their journey into employment."

Kerrie Honey, Employer and Partnership Manager at the DWP, said:

"The Isle of Wight Jobcentres are excited to be working with both Sovereign Housing and Ascensos on this fantastic project aimed at giving young Isle of Wight residents inspiration for their future career options.

"Having Ascensos on board as our employer for these mentoring sessions is great as they are a large employer locally and they are keen to support the local community."

About Department for Work and Pensions:

The Department for Work and Pensions (DWP) is the largest government department in the United Kingdom, and is responsible for welfare and pension policy.