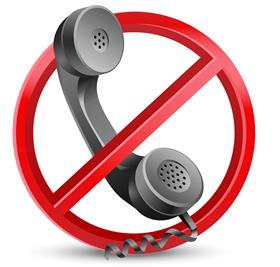 Sydney, Australia, July, 2019 -- Unsolicited phone sales of life insurance and consumer credit insurance would be banned under a new proposal announced by ASIC.

The ban would offer interim protections to consumers ahead of the government's promised broader reforms following the banking royal commission.

"We need to step in now. We can put that ban in place towards the end of the year or early next year, whereas we just don’t know when the law will be changed to outlaw these practices through parliament," he said.

"This particular area has got so many negative stories around it, and such clear instances of consumer harm, as we heard in the cases in the Royal Commission."

The royal commission heard in September how a man with down syndrome had been sold life insurance over the phone after being cold-called by ASX-listed Freedom Insurance.

The 26 year-old man’s father, Baptist minister Grant Stewart, said his son was contacted several times by telemarketers, including by an overseas call centre "fishing" for interest on behalf of local companies.

He welcomed the proposed ban, which would prohibit sales to customers whose details had been acquired through telemarketing, existing relationships with the company, or online platforms such as surveys or competitions.

"Certainly if the ban helps stop the telemarketers who are often incentivised to make sales by forcing these kind of sales onto vulnerable people, I think that’s a really good result," he said.

"It seems to me an immoral, certainly unethical, approach to target people who don’t necessarily have the capacity to understand. And to sell complex financial products on the phone, I don’t think that’s a good thing to do anyway.

"We didn’t know until he got an invoice in the mail, and he was quite embarrassed and thought it was his fault. So that’s what was what was upsetting to us, to think that it could have an impact like that on his self-esteem."

Mr Stewart said call transcripts showed the Freedom employees knew there was an issue with his son's understanding of the process.

An ASIC review last year found sales practices for direct life insurance led to poor consumer outcomes, including high cancellation rates and poor claims outcomes. Three in five of all policies sold were found to have been cancelled within three years.

"We’re saying that where that person who is trying to sell the insurance to you is not your financial adviser and is not trying to offer you financial advice, and potentially the person may be offering you gift vouchers if you sign up today and give them your credit card details, we think that is pressure selling and it has to stop," Mr Hughes said.

"The evidence shows that these products offer very little value for customers. They pay out really low amounts of money in claims compared to the premiums made by the companies and that sort of truth isn’t disclosed in a telemarketing call," he said.

"It’s people who are experiencing some sort of vulnerability, older people, people with disabilities, people who don't speak english as their first language... [who] end up agreeing to arrangements that they don’t necessarily understand.

"Many people are just trying to be polite on the phone, and when you've got that sales person there putting pressure or making it sound like its too good to be true, that’s where the risk is."

"Businesses do need to be able to contact existing customers to discuss products and services a business reasonably believes are relevant and appropriate for the customer, provided there are safeguards," Kirwan said.

"For example, if a bank approves a person’s mortgage, it would make sense to call the customer to ensure they are aware of the possible relevance of life insurance and home and contents insurance, provided no sales take place on that first call."

But ASIC's Mr Hughes said a deferred sales model would be a weak safeguard.

"We’re here to protect consumers, we’re not here to make it easy for people to peddle products that are unsuitable for consumers," he said.

"A deferred sales model is not going to fix that problem, because when you’re talking about people with special disadvantages or who may not understand the complexity of the product, they’ll probably still be able to buy it."

The Australian Securities & Investments Commission (ASIC) is an independent Australian government body that acts as Australia's corporate regulator. ASIC's role is to enforce and regulate company and financial services laws to protect Australian consumers, investors and creditors. ASIC administers a range of legislation (or relevant parts of Acts), as well as relevant regulations made under it:

Today's Tip of the Day - Getting The Training Underway