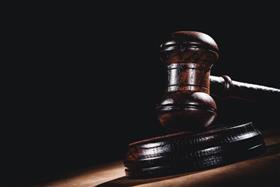 Sydney, Australia, Oct 29, 2019 -- The corporate regulator's win against Westpac in the Federal Court over the definition of "general financial advice" could eradicate the common practice of phone-based sales in financial services, say experts.

A full bench of the court ruled that the recommendations made to 14 bank customers by Westpac's Super Activation Team to join bank-owned superannuation funds should be considered "personal financial advice", which the relevant subsidiaries were not licensed to provide.

The verdict was a major victory for the Australian Securities and Investment Commission, which had appealed a previous decision of the court and been hoping to use its dispute with Westpac as a test case to crack down on financial services firms offering unlicensed personal advice under the guise of "general advice".

UNSW Sydney law lecturer Marina Nehme, who completed her doctorate on ASIC enforcement strategy, said the decision is likely to prompt a rethink of phone-based financial product sales, which is widespread across vertically integrated wealth managers such as those owned by the banks.

"The decision may lead to a review of the financial services industry’s practices regarding the provision of advice, especially that provided over the phone," Dr Nehme told The Australian Financial Review.

"It is especially targeting predatory practices. It has been common in the past for organisations to use behavioural interventions to nudge consumers toward a particular product. This is a very undesirable practice."

Herbert Smith Freehills partner Michael Vrisakis suggested the case means the business model of distributing products on the basis of general advice is now "on life support", but Dr Nehme said banks and financial services providers could continue to operate under a general advice allowance despite the legal precedent.

"I do not think it will have an impact on genuine general advice that is provided in a proper manner and as such it does not mean that this type of advice is unviable," she said.

The verdict should accurately be read not as a repudiation of the general advice model, but of the specific conduct of Westpac's Super Activation Team in advising customers it was in their interests to join Westpac-owned, BT-branded funds, Dr Nehme said.

"Any financial services organisation that has or is planning to implement a similar strategy as the one applied by Westpac would be impacted," she said.

Brett Walker, a compliance consultant to financial services firms and former investigator at ASIC's predecessor, the Australian Securities Commission, agreed that true general advice – where consumers are simply provided factual information about a product – can survive after this verdict. The problem arises where an element of personalisation is introduced, which can easily occur over the phone, he said.

"Too many features of Westpac's interactions were indicative of personal advice," Mr Walker said. "All the disclaimers in the world could not overcome that conclusion.

"There is a lesson here to anyone thinking general advice is a feasible tool to market anything that has a hint of personalised attention."

Learning from the past

Observers and analysts said the verdict's business impact was muted by the fact the big four banks are in varying stages of exiting from the wealth management business, meaning the cross-selling of superannuation and other managed funds is less of a revenue priority in the future.

However, he said, any expectation that this kind of revenue would continue is misguided, given the broader move away from conflicted financial advice.

"After the royal commission I would be very surprised if Westpac was making business cases based on the sorts of practices continuing," Mr Zaia said.

Matthew Wilson of Evans & Partners agreed that revenue expectations should not be reliant on pre-Hayne lucrative but high-risk sales practices.

"Banks need to take more care with the future provision of advice," he said. "Not everything needs to be industrialised."

Westpac, is a multinational Financial services company and became the largest bank in Australia (by market capitalisation) after it took over St George, and the second-largest bank in New Zealand.