News : Assam: Childline Helpline to be Functional in Hailakandi Soon 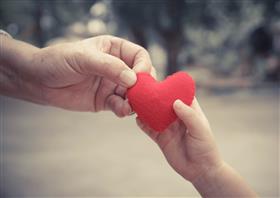 Hailakandi, India, Sept, 2018 -- Childline 1098 helpline will be soon operational in Hailakandi district. The Ministry of Women and Child Development, Government of India has accorded approval to it.

Chairing a meeting at his official conference hall, Deputy Commissioner Adil Khan discussed in detail the slew of measures to be taken up for making the toll free childline number operational in the district.

It may be mentioned that Khan was instrumental in setting up the Childline helpline in Karbi Anglong when he was the Deputy Commissioner there.

Central Coordinator, Childline India Foundation, Abhik Mitra pointed out that approval has been granted to the setting up of a separate Childline number for Hailakandi district by the Ministry of Women and Child Development by bifurcating it from Silchar of Cachar district.

Mitra said the NGO selected for running the helpline will have to fulfil certain criteria.

Officials of the district administration, representatives of NGOs and members of the District Child Protection Unit attended the meeting.

Childline 1098 is India’s first, and the world’s largest, 24-hour tele-helpline for children in distress. In 2014-15, around four million called in for help. Of these, 42,111 were requests for protection from various kinds of abuse.

Reporting child sexual abuse is mandatory under the Protection of Children from Sexual Offences (POCSO) Act, 2012. Any case of abuse, sexual or otherwise, can be reported to the police, the CWC, or Childline 1098. Additionally, the National Commission for Protection of Child Rights (NCPCR) has launched the e-box service on its website in August 2016, which facilitates easy and confidential online reporting of sexual abuse. A call on 9868235077 during its office hours is another option.

Of these avenues, 1098 remains the preferred one, mainly because of the efficient structure it has in place. Childline, which intervenes on the entire gamut of child rights, currently operates in 366 cities in 24 states and union territories. It has a network of over 700 partner organisations across India and is supported and promoted by the Ministry of Women and Child Development, Government of India.

Calls made to 1098 are answered by a trained contact officer in one of its six call centres. A case report is generated and forwarded to the field partner in the city from where the call came. A member of the field partner contacts the affected child within one hour. Post intervention, the partner reports back to Childline.

Childline India Foundation is a non-government organisation (NGO) in India that operates a telephone helpline called Childline, for children in distress. It was India's first 24-hour, toll free, phone outreach service for children. Based in Mumbai, it helps the homeless children. It also helps the children who are poor and who cannot go to school. It give those children education. They collect money from people and they use the money to help these children. Child line number is - 1098. The childline received average two million calls in a year, most from children wanting to rescued from their place of work. India as per 2001 census of India has over 12.7 million working children between of age of five to 14 years.