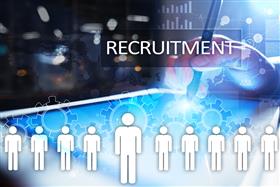 "There’s going to be a few events right outside the site," says Monaghan. "Just step right up with your resume and you’ll have someone to talk to about a current position."

Monaghan says Atelka, which currently has over 350 full-time employees, plans to hire 50 more.

"Our priority is to grow our operations in Canada, in Sarnia in particular. With all of these open positions that we have and more coming, we plan to expand," he says.

He says their location at the research park is still accommodating them.

"We have open capacity in the building to expand the seats by at least 25%, but then we’re always looking for new locations, especially when we’re planning to grow in regions," says Monaghan. "So, I would say we have our eye on a few different places, but the current facility is more than enough for what we need right now."

Atelka, which was acquired by TeleTech late last year, opened in May 2014 and signed a ten-year lease at the Western Sarnia-Lambton Research Park for 28,000 sq ft of space.

TTEC Holdings, Inc. (NASDAQ: TTEC) is a global customer experience technology and services company focused on the design, implementation and delivery of transformative customer experience. TTEC Digital delivers outcome-based, human-centric, tech-enabled, insight-driven customer experience solutions. Founded in 1982, the Company's 48,700 employees operate on six continents across the globe and live by a set of customer-focused values that guide relationships with clients, their customers and each other.