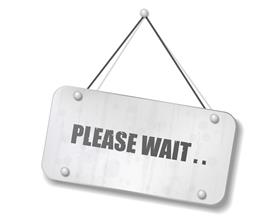 Canberra, Australia, July 9, 2019 -- Australians are being urged to "wait a few weeks" before lodging their returns to give stressed-out tax office staff some breathing space amid an unprecedented tidal wave of phone calls.

Two major changes this tax time — the Morrison government’s just-legislated tax cuts and the introduction of Single Touch Payroll — have created a perfect storm for the ATO, which has been forced to bring on extra staff to cope with the unexpected call volumes.

As a result of the rollout of STP, many employees are not receiving a payment summary — previously known as a group certificate — for the first time this year. Instead they must register for myGov, and from there myATO, to access their information.

At the same time, a large number of taxpayers are calling the ATO to ask how much relief they can expect after the federal parliament passed personal income tax cuts last week.

"They are being overwhelmed with calls," said Australian Services Union tax branch secretary Jeff Lapidos. "They planned for an extra 28 per cent in call volumes but they underestimated substantially."

Mr Lapidos said the ATO had been bringing on casuals for extra shifts, offering permanent staff extra overtime and pulling staff off other duties to help answer phone calls, "and despite that some 50,000 calls have been blocked from getting through".

"People are calling back time and time again to get through and that’s making it worse. When they do get through to staff, people are complaining. The union is asking the public to please be patient and if possible hold off."

He said the staffing chaos could cause delays in processing tax returns. He added that the ASU had been warning the ATO about the confusion the STP changes would cause "for the last few months and all we got was ‘all under control, Jeff’".

"It’s definitely not," he said. "They’re taking measures to try and deal with this but they’re actually overwhelmed. They’ve said it’s an exponential increase. A senior person in the ATO told me, ‘We have never found ourselves in this situation, it is extraordinary.’"

The public sector union said the situation had not been helped by more than 6500 jobs having been cut from the ATO in the past few years.

"Members are telling us the calls they are able to answer start with complaints about wait times and people imploring for more staff to be hired," CPSU deputy national president Brooke Muscat-Bentley said in a statement.

She said the artificial staffing cap placed on the ATO was failing taxpayers. "A good government would lift the cap and hire more skilled staff in secure jobs, ensuring that calls get answered promptly and creating employment," she said.

"Our website has information that can help and assist taxpayers in getting their tax return right. This includes detailed guides that show the most common work-related expenses for a range of occupations.

"In the 2019-20 Federal Budget, the Government announced its intention to change and build on the Personal Income Tax Plan. These changes are now law.

"The ATO has implemented the necessary system changes so taxpayers that have already lodged their 2018-19 tax return will receive any increase to the low and middle income tax offset they are entitled to. Any tax refund will be deposited in the taxpayer’s nominated bank account.

"While there is no need to delay lodging because of the new legislation, we generally encourage taxpayers to wait a few weeks before lodging so that we can serve them better — so more of their employment income and information from third parties such as banks and private health insurers can be prefilled into tax returns — making lodging an easier process."

Since the start of the month the ATO says it has received more than 800,000 lodgments.