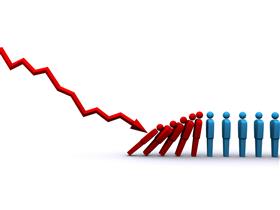 Meriden, CT, USA, May, 2019 -- Global telecommunications provider AT&T in August will begin its first round of layoffs at three Meriden call centers, which are set to close by year-end, according to a state Department of Labor filing.

The notice is required by federal law for employers to provide advance notice of major closings and layoffs. AT&T originally announced the impending layoffs in late February, informing affected employees they would be terminated unless they relocated to AT&T offices in Tennessee or Georgia.

The August cuts will include 24 network technicians and 10 tech analysts based at AT&T's facility at 84 Deerfield Lane, Emra said. Most, if not all, of those employees are represented by labor union Communications Workers-America (CWA), which slammed the company at several protests in recent months.

A dozen management-level employees will also be terminated in August, Emra said.

Meantime, at least 33 workers at the Meriden call center, including seven customer-service technicians, 20 network technicians and six tech analysts, have agreed to a severance package to voluntarily leave the company beginning Sept. 27.

Remaining Meriden workers on the chopping block will be terminated by Dec. 13, the filing said.

The layoffs will be permanent and there are no bumping rights for affected employees.

"To increase efficiency and effectiveness, we are consolidating some work currently done in Meriden into two other facilities," the company said in a statement Friday.

The letter surfaces weeks after the state judiciary committee overwhelmingly voted down a bill aimed at protecting call-center jobs in Connecticut by imposing certain penalties on telecommunications companies choosing to leave the state.

According to S.B. 990, which CWA advocated for at recent protests, call centers with more than 50 full-time employees relocating 30 percent or more of their call volume in a year would have been subject to civil penalties and a potential loss of grants, loans, tax benefits and state contracts.

An AT&T spokeswoman said the large majority of employees working at its Deerfield Lane location will not be affected by the cuts. In total, she said AT&T hired more than 150 people in Connecticut last year, however, CWA has argued the company is counting its hires made to fill vacancies and address turnover.