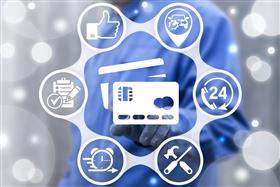 Sydney, Australia, Aug, 2017 -- Australian customers would prefer to resolve their basic banking issues without having to deal with a human being, according to a new survey by market researcher, YouGov. The Avaya-commissioned Customer Experience in Banking 2017 report indicates that Australians’ most-preferred method of contact with their bank would be via the website, while a third, 34 per cent, regularly use mobile banking apps, more than their counterparts in the UK and UAE.

The survey covered more than 5,000 banking customers in four countries – Australia, India, the UK, and the UAE. Given the choice of only one channel, 28 per cent of the 1,153 Australians surveyed would prefer access to a complete list of services via their bank’s web site, only speaking to a person if they really have to. Likewise, 19 per cent would prefer to use a mobile app, while eight per cent would choose to access services through the contact center application. More than half, 54 per cent, regularly use online banking, behind only the UK’s 60 per cent, while only 36 per cent usually visit their branch, the joint-lowest with the UK.

Still, the YouGov study found that traditional interactions continue to hold a place in the financial services industry. In fact, 22 per cent of Australians prefer to visit branches, a figure led by older respondents, with a third of over-55s selecting that option. While more than half, 51 per cent, of Indian respondents said they regularly visit their branch, the highest of the four countries surveyed, only 13 per cent said they prefer to do so – by far the lowest of the four.

"Customers see value in more than just rates, meaning banks and other financial organisations must provide an experience that aligns to the daily lives of their consumers. To meet those expectations, they have to optimise traditional transactions while enabling interactions across the latest platforms and introducing innovations such as artificial intelligence (AI)."

Regardless of how they choose to contact their bank, the most important issues for Australian customers is that they get the same level of experience and service, and that their problem is resolved on the first point of contact. The most common customer complaint is being kept waiting for a long time on the phone, cited by 21 per cent. This may explain why less than a quarter, 23 per cent, of Australian respondents regularly call a contact center.

"Consumers are looking for fast resolutions, and within reason, hope for an answer within the first point of contact," said Chidiac. "The problem is that some contact centre agents in financial institutions aren’t prepared to deal with a wide range of enquiries, especially in omni-channel environments. Contact centre agents need to be equipped to deal with enquiries no matter which platform the consumer is using to make contact, and importantly, the interaction must be able to shift across platforms without forcing the consumer to explain their issue repeatedly."

Founded in May 2000, YouGov is a professional market research agency pioneering the use of the Internet and information technology to collect higher-quality in-depth data for market research and public consultation.