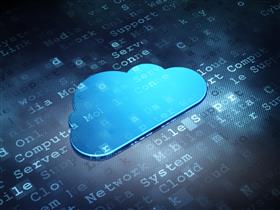 Santa Clara & Belmont, CA, USA, Sept 29, 2020 -- Avaya Holdings Corp. (NYSE: AVYA and RingCentral Inc. (NYSE: RNG) announced the expansion of Avaya Cloud OfficeTM by RingCentral(R) across Europe, with the solution now generally available in France, Ireland, and the Netherlands. In addition, the companies also announced that they have signed a deal with a large United Kingdom-based Government customer.

This geographic expansion of Avaya Cloud Office follows the launch of the solution in Canada, the United Kingdom, and Australia in June and the United States in March.

"It is now more important than ever before that vendors in UC&C are able to provide UCaaS for clients both new and potential," said Oru Mohiuddin, Research Manager Enterprise Communications & Collaboration, IDC. "According to the IDC Europe forecast1, UCaaS will grow at a compounded annual growth rate of 23.3 percent between 2019 and 2023, higher than 17.1 percent as anticipated during the pre-COVID-19 period. Avaya Cloud Office is now available in France, Ireland, and the Netherlands and follows the success that Avaya has seen in North America, Australia, and other European countries. This is to facilitate remote collaboration as working from home becomes the new norm in the post-crisis period. It is, however, not just enough to provide UCaaS – it needs to be customizable, flexible, modular, agile, frictionless, scalable, omnichannel, and secure to cater to the varying needs of enterprises."

"Avaya Cloud Office is generating tremendous return on investment for our customers, who appreciate the flexibility and reliability the solution provides," said Dennis Kozak, SVP, Business Transformation, Avaya. "Over the last quarter, we have activated an eager base of customers and partners with this compelling UCaaS offer. As we expand availability of Avaya Cloud Office across Europe, we look forward to enabling more customers to achieve positive business outcomes as they transition to new ways of work and engagement."

"The need for modern cloud communications has only become more pronounced since we jointly launched Avaya Cloud Office in March 2020, with many organizations realizing the benefits of a powerful UCaaS solution," said Phil Sorgen, Chief Revenue Officer, RingCentral. "Avaya Cloud Office helps meet the communications needs of these organizations, and we continue to see adoption as we roll it more broadly worldwide. We look forward to expanding the ability of our joint European customers to take advantage of these capabilities."

RingCentral is a publicly traded provider of cloud-based phone systems for businesses. It is headquartered in Belmont, California and has offices in Denver, Colorado; Manila, Philippines; Xiamen, China; St. Petersburg, Russia and Odessa Ukraine.