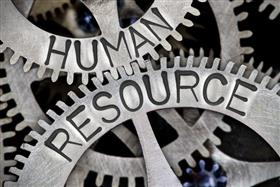 Sydney, Australia, March 21, 2017 -- Avaya Australia and New Zealand has expanded its team with the appointment of Mitch Walkaden and Steve Williams to lead its local sales and channel operations, respectively. The company has also announced new hires and promotions to build on its continued business transformation.

Walkaden has been appointed Director of Midmarket Sales and Distribution in A/NZ, with responsibility for working with customers and distributors to develop and support digital transformation strategies. His assignment follows two years with the company, having previously held the role of Distribution Account Manager.

Williams has been elevated to Regional Channel Leader A/NZ, tasked with working with Avaya’s partners to deliver customisable and flexible solutions to joint clients. Williams joined Avaya in mid-2014, bringing to the company more than 10 years’ experience in IT channel management.

Avaya A/NZ has also bolstered its ranks with new hires in Gary Walters and Brett Stevenson, who will fill the roles of Territory Account Manager NSW/Queensland and Sales Engineer, respectively. Both join Avaya with strong communications and telecommunications backgrounds, having held positions at companies including Truphone, M2 Group, Telstra and Optus.

Additionally, as part of its investment in the wider IT industry, Avaya A/NZ has named two successful graduates of its local Graduate Program, with Shehara Hapugalle and Lloyd Nucup securing promotions to Channel Account Manager and Sales Engineer, respectively.

"Avaya A/NZ has undergone a significant transition over the last 18 to 24 months to ensure we’re more closely aligned with the needs of customers in today’s digital context. We’ve made key changes to how we operate and deliver outcomes to our customers that address challenges around Internet of Things, mobility, artificial intelligence, and more. These set of appointments marks the next phase of that continued transformation, allowing us to continue to building on the standard of solutions and services we deliver to customers and partners."
Peter Chidiac, Managing Director Australia and New Zealand, Avaya